But Japan’s inflation is seen as unlikely to reach the BOJ’s 2 per cent target even after the central bank. 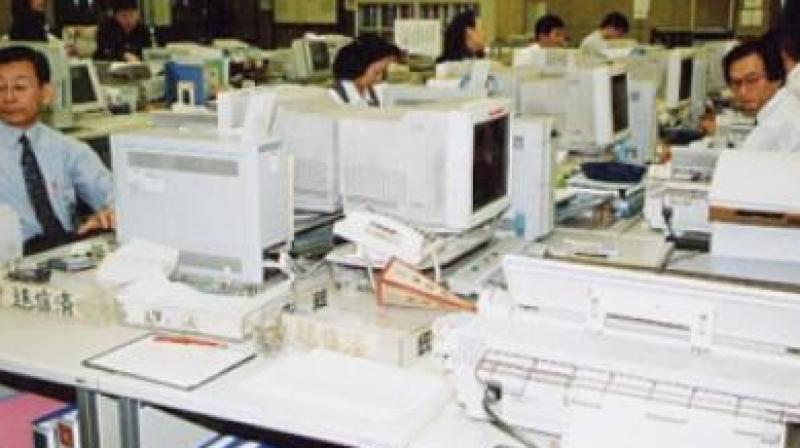 Tokyo: Japan’s yen hit two-week highs against the dollar and the 10-year benchmark bond yield jumped to a six-month peak on Monday, following reports the central bank was debating moves to scale back its massive monetary stimulus.

Also pushing the yen up were comments by US President Donald Trump’s on Friday criticising the greenback’s strength, which in turn knocked Japanese exporter stocks and the benchmark Nikkei index lower.

Sources on Friday told Reuters the Bank of Japan is holding preliminary discussions on possible changes to its monetary policy, which include adjustments to interest-rate targets and stock-buying techniques and focus on ways to make the massive stimulus programme more sustainable.

The report of the BOJ’s deliberations has heightened expectations the central bank would end some of its aggressively accommodative monetary policy, which lifted the 10-year yield as much as six basis points to 0.090 per cent, a level not seen since early February.

Shifting market views on Japanese policy come as other major central banks move away from low interest rates and as trade frictions between the United States and its major trading partners worsen.

“Whatever explanation the BOJ makes, if it makes policy adjustments that will lead to higher rates, that will make market players aware that the BOJ is in the phase of withdrawal from its massive stimulus,” said Takafumi Yamawaki, head of currency and fixed income research at J.P. Morgan Securities.

The 10-year yield pulled back from this high after the central bank, to counter the spike in yields, announced a rarely used special bond buying operation. The BOJ pledged to buy 10-year JGBs at yield of 0.110 per cent, the same level at which it has intervened in the past.

Still, the prospect that the BOJ could adjust its current policy framework as early as its next meeting next week unsettled investors who have grown accustomed to the BOJ’s stimulus.

On the other hand, Fast Retailing shares dropped 4.8 percent and other heavyweights in the Nikkei share average tumbled as traders expected the BOJ to reduce buying in the Nikkei-linked ETFs.

Exporter stocks slid on the currency’s appreciation with Toyota Motor Corp off 0.85 per cent, TDK Corp dropping 3 per cent, Advantest Corp down 3.5 per cent and Panasonic Corp shedding 1.1 per cent. The Japanese yen rose to a two-week high of 110.75 per dollar.

But Japan’s inflation is seen as unlikely to reach the BOJ’s 2 per cent target even after the central bank, which frequently buys more JGBs than the government issues, soaking up more than 40 per cent of government debt.

The central bank has been gradually reducing its bond buying since September 2016, when it set a policy target of zero percent in the 10-year JGB yield, relegating its quantitative bond buying target to a secondary role.