Nearly 60 per cent organisations do not have a formal work-from-home policy. 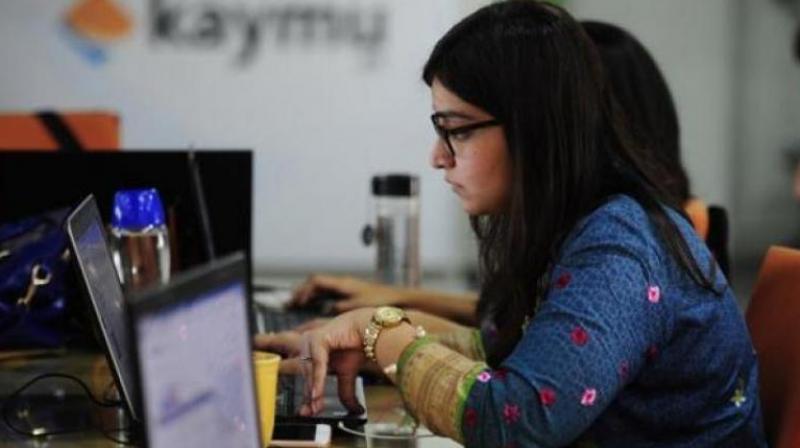 The study was conducted with a sample size of over 1,100 employees and nearly 800 employers. (Photo: AFP)

Mumbai: While a whopping share of 90 per cent employees say they want a 'work from home' option, 75 per cent of employers are not comfortable with the idea, said a recent study.

"Nearly 60 per cent organisations do not have a formal work-from-home policy. Incidentally, 75 per cent employers are not even comfortable with the idea, whereas 90 per cent employees are keen on having such a policy at work," according to a study carried out by job portal, TimesJobs.

The study was conducted with a sample size of over 1,100 employees and nearly 800 employers.

"To survive in today's competitive business world, companies need to transform from a command and control culture to an empower and enhance value system. Organisations that are able to create a culture that nurtures agile, high-performance teams will thrive," TimesJobs business head Ramathreya Krishnamurthi said.

"Policies such as work-from-home and flexi-working create a culture of trust and communicate the company's belief in its high-performance employees, which in turn attracts and retains top talent," he said.

The study stated that 70 per cent employers believe that productivity gets hampered when employees work from home, while 44 per cent felt it helps boost productivity.

As many as 80 per cent organisations said no to work-from-home as they felt they have no tracking mechanisms to manage workforce, who opt for it, it said.

It also found that about 40 per cent employers see a 'lack of control' as the biggest challenge for this. Resistance from top management in acceptance and implementation of work-from-home strategy is another big challenge cited by 30 per cent of employer respondents.

However, they do believe that work-from-home set up has certain benefits with 40 per cent seeing its biggest impact in boosting their employer brand. Thirty per cent see it as useful in curbing attrition while another 30 per cent find it beneficial in improving employee productivity, the report cited, while another 25 per cent employers believed that there are many jobs that are not conducive to work-from-home arrangements.

A share of 42 per cent say work-from-home doesn't not work well in IT related areas of work, 40 per cent said it is not practical for logistics, supply chain management and procurement roles, while another 40 per cent found it is not useful in customer service functions, said the study.

Amid these reservations about work-from-home, the study found that 35 per cent organisations are unsure of adopting any such policy in the near future.

Forty per cent employers said they already have a policy but they will modify it to suit the changing needs of employees. It also revealed that 25 per cent organisations plan to implement this policy in near future.