Through APSEZ's 89.6 per cent stake in Gangavaram port, the Adani Group will greatly expand its pan-India cargo presence 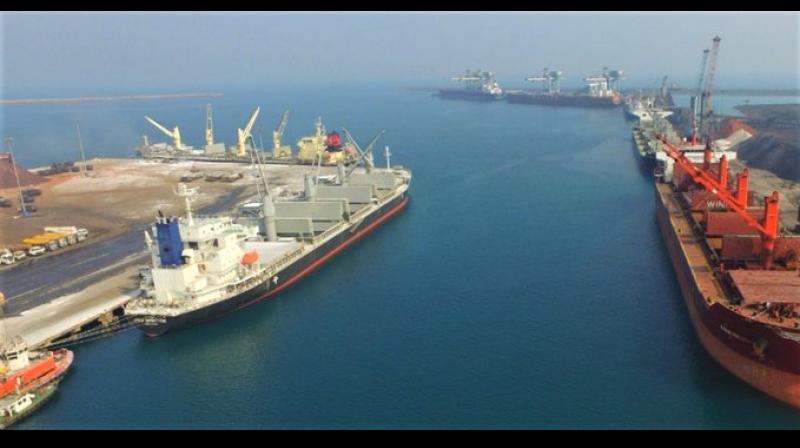 New Delhi: Adani Ports and Special Economic Zone on Tuesday said it will acquire controlling interest in Gangavaram Port Ltd (GPL) from DVS Raju and family for Rs 3,604 crore taking its stake in GPL to 89.6 per cent.

GPL is located in the northern part of Andhra Pradesh next to Vizag Port.

Adani Ports and Special Economic Zone (APSEZ), India's largest private ports and logistics company and the flagship transportation arm of the diversified Adani Group, is acquiring the 58.1 per cent stake held by DVS Raju and family in Gangavaram Port Limited (GPL), the company said in a statement.

The acquisition is valued at Rs 3,604 crore.

Ports play a major role in shaping the future. Through APSEZ's 89.6 per cent stake in Gangavaram port, the Adani Group will greatly expand its pan-India cargo presence. As India's largest private sector port developer and operator, we will accelerate India's and AP's industrialisation, Adani Group Chairman Gautam Adani said in a tweet.

It is the second largest non-major port in Andhra Pradesh with a 64 MT capacity established under concession from Government of Andhra Pradesh (GoAP) that extends till 2059.

It is an all-weather, deep water, multipurpose port capable of handling fully laden super cape size vessels of up to 2,00,000 DWT, the statement said.

Currently, GPL operates 9 berths and has free hold land of 1,800 acres. With a master plan capacity for 250 MTPA with 31 berths, GPL has sufficient headroom to support future growth.

GPL is the gateway port for a hinterland spread over 8 states across eastern, southern and central India, the statement said adding it will benefit from APSEZ's pan-India footprint.

Karan Adani, CEO and Whole Time Director of APSEZ said, The acquisition of GPL is a further augmentation of our vision of capitalizing on an expanded logistics network effect that generates greater value as it expands.

He added that the associated hinterland we will now be able to tap into is one of the fastest growing in the eastern region and with the logistic synergies APSEZ brings to the table, GPL has a potential to become a 250 MT port. This will undoubtedly help accelerate the industrialisation of AP.