Company informs BSE it is mindful of its obligations under clause 30 of Listing Regulations of the exchange. 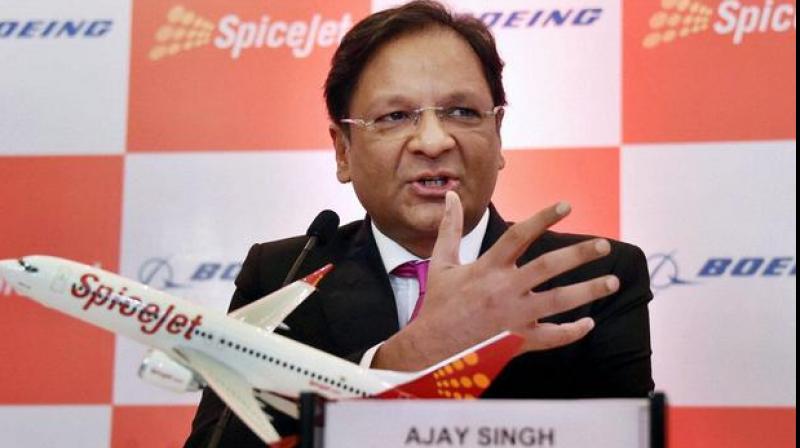 New Delhi: NDTV has said that the promoters of the company have not entered into any agreement for sale of their stake in the Company to any person, the news broadcast channel informed the Bombay Stock Exchange on Friday.

It told the exchange the company is mindful of its obligations under clause 30 of the Listing Regulations of the BSE and shall promptly intimate it of any event required to be disclosed under the said regulations.

Earlier in the day, an Indian Express report had said SpiceJet founder Ajay Singh has bought a major stake in the news media company. Ajay Singh had coined BJP’s 2014 campaign slogan – 'Ab ki baar Modi sarkaar'. He had also turned around an ailing SpiceJet after taking back its control.

It may be noted that the founders of NDTV had in the past come under the CBI lens for alleged ‘under the table share transactions’, a charge that they had strongly denied terming it as "an attempt to muzzle free press".

The report also said Ajay Singh has bought a controlling stake of 40 per cent in the channel while the promoters – Radhika Roy and Prannoy Roy will hold 20 per cent stake. The report had even went on to cite a source as saying, “Yes, the deal has been finalised and Ajay Singh will take control of NDTV along with editorial rights”.

The source also told the paper Ajay Singh will take over the ailing media channel’s debt of over Rs 400 crore. The total deal is being valued at around Rs 600 crore. In fact, the Roys will receive a part of the deal (up to Rs 100)

All these speculations have been put to rest with the NDTV informing the stock exchange that there is no truth in the buyout news.

As per stock exchange data, the promoters held 61.45 per cent stake in NDTV as of June 2017. Stakes held by public entities stands at 38.55 per cent.

Earlier in the day, SpiceJet officials had flatly denied the change of hands, calling the report “false and baseless”. Moreover, a senior NDTV official told The Hindu that "not even a single sentence of these reports is true". The paper reported that a formal statement from the channel can be expected by the evening.

On June 5, the CBI had raided the Roys’ residence over allegations of “defrauding a bank”. NDTV held the move as a “blatant attack on the freedom of the press” and claimed that the CBI had gone ahead with its investigation on a “shoddy complaint” by a “disgruntled” former NDTV consultant.

The brain behind Prime Minister Narendra Modi's 2014 campaign tagline, Ajay Singh, took over SpiceJet in 2015 when it was defunct and ailing. Within years, he has turned it into one of the most popular low-cost airlines in India.

Singh's stint with the media however dates back to Pramod Mahajan's NDA rule when Singh played an active role in launching DD Sports and planning of DD News.