A two-member bench asked the promoter of Jaypee Infratech to file written submissions over exclusion of time frame. 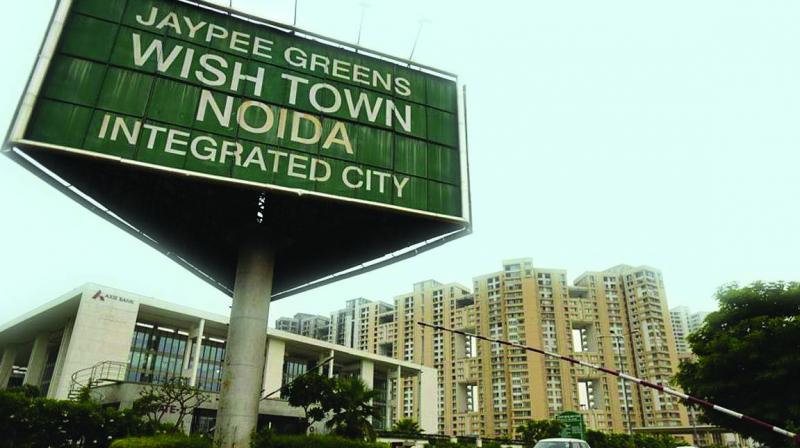 The appellate tribunal has directed to list the matter on July 29, when it is likely to pass the order on this.

New Delhi: Promoters of debt-ridden Jaypee Infratech on Monday proposed before the NCLAT that they will pay creditors entire outstanding amount without any hair cut and complete pending projects within three years.

The appellate tribunal has directed to list the matter on July 29, when it is likely to pass the order on this.

Lenders are requesting to exclude the 250 days from September 17, 2018, to June 4, 2019, from the stipulated period for Corporate Insolvency Resolution Process (CIRP), as this time was taken by the National Company Law Tribunal (NCLT) to decide on the voting rights of the homebuyers.

During proceedings of the NCLAT, the promoters offered to pay the 100 per cent outstanding amount to the creditors without any hair cut.

It also offered to complete the construction of the remaining flats within three years and hand over to the original allottees.

Jaypee Infratech went into insolvency in August 2017 after the National Company Law Tribunal (NCLT) admitted an application filed by an IDBI Bank-led consortium.

It has Rs 9,800 crore outstanding to 13 banks. The firm also required to complete around 20,000 flats and handover them to home buyers

In the first round of insolvency proceedings conducted last year, the Rs 7,350-crore bid of Lakshadweep, part of Suraksha Group, was rejected by lenders. Later in October 2018, the IRP started the second round of bidding process.