Here are the most important facts about a scandal that compares with the collapse of US energy company Enron in the early 2000s. 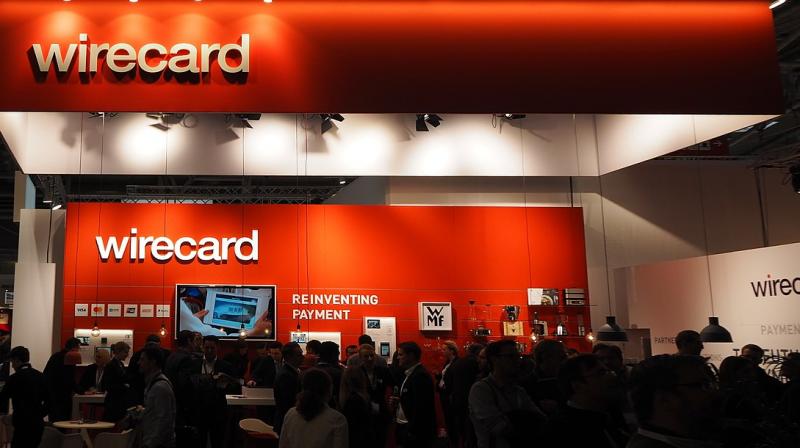 Wirecard is a payments processor, offering companies services allowing them to accept credit cards and digital payments like Apple Pay or Paypal in stores, online or on mobile. In the picture, the Internet World Fair 2017 in Munich, Germany, Wirecard-Stand (Photo | Wikimedia Commons - Ordercrazy)

Frankfurt Am Main: German payments provider Wirecard is in crisis after it admitted Monday that 1.9 billion euros ($2.1 billion) recorded in its accounts “do not exist”.

Here are the most important facts about a scandal that is drawing comparisons with the collapse of US energy company Enron in the early 2000s over accounting fraud.

What does Wirecard do?

At its heart, Wirecard is a payments processor, offering companies services allowing them to accept credit cards and digital payments like Apple Pay or Paypal in stores, online or on mobile.

The company collects a commission for assuring that merchants will receive the money they are owed.

Around that, it sells its customers extra services like analytics based on the data generated from those transactions that it says can help boost sales and track trends.

Wirecard claims around 300,000 firms worldwide as customers, and deals with giants in the sector like China’s AliPay and WeChat, Apple and Google have offered hot prospects for growth.

How did Wirecard make it big?

Such stable revenue streams helped it survive the early-2000s dotcom crisis, and as more savoury forms of online commerce ramped up through the 2000s and 2010s, the group’s star mounted with it.

First listed on the Frankfurt stock exchange in 2005, by 2018 it elbowed traditional lender Commerzbank out of the blue-chip DAX share index.

The past week’s revelations have now collapsed that value to two billion.

Bosses denied any wrongdoing and the German financial world appeared to close ranks around its favourite.

Markets watchdog BaFin announced a probe into potential links between the FT and short sellers betting against Wirecard stock.

The fact his agency did not catch the scandal sooner was “a shame”, BaFin chief Felix Hufeld said Monday.

“We weren’t effective enough to prevent something like this happening,” Hufeld added.

Wirecard’s status as a Payment Service Provider (PSP) subjected it to multiple EU directives since 2008 obliging it to better fight payment fraud, but companies are not subject to as much scrutiny over their accounting practices.

Wirecard was founded by Austrian Markus Braun, who until Friday served as chief executive.

Braun resigned after the company was forced to acknowledge the 1.9 billion euros might be missing.

Chief operating officer Jan Marsalek had been dismissed the day before.

Aside from Freis, Braun and the remainder of Wirecard’s former four-person board are under investigation by Munich prosecutors over “market manipulation” relating to how they presented KPMG’s findings in its audit of their old accounts.

Wirecard’s five-person supervisory board is headed by Thomas Eichelmann, a former business consultant who later switched to the financial sector including a stint at Deutsche Boerse.

Who is behind the missing cash?

German news weekly Der Spiegel named Mark Tolentino, a lawyer working in the Philippines, as the trustee responsible for the missing cash.

Based in Philippine financial centre Makati City, his website had vanished by Monday, although a Facebook page with public legal Q+A video sessions remained online.

Meanwhile one of the country’s largest banks—BPI—where some of the missing money was supposedly deposited—confirmed to AFP that an employee was on “preventive suspension”.

Media had reported that an assistant manager at BPI signed a forged document relating to the supposed deposits at the bank.