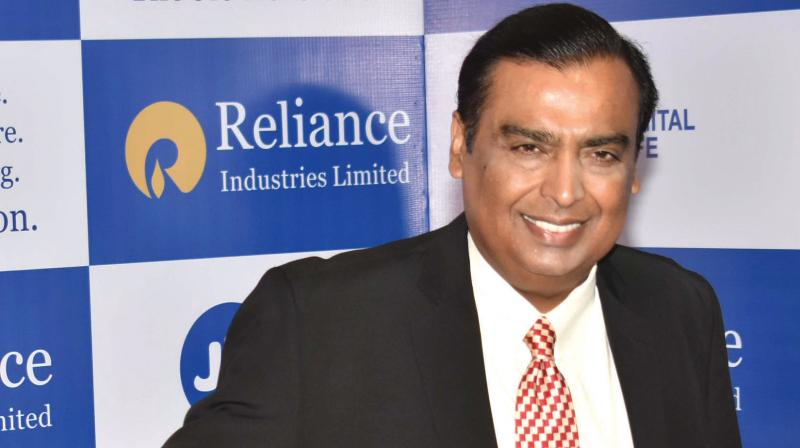 New Delhi: Reliance Industries on Monday became the first Indian firm to hit a market valuation of USD 150 billion helped by a continuous rally in its share price.

Its market valuation crossed Rs 11 lakh crore in the previous session as its share price rallying over 6 per cent after chairman Mukesh Ambani announced that his oil-to-telecom conglomerate had become net debt-free.

Ambani announced that Reliance Industries had become net debt-free after raising a record Rs 1.69 lakh crore from global investors and a rights issue in under two months.

Reliance Industries raised Rs 1.15 lakh crore from global tech investors by selling a little less than a quarter of the firm's digital arm, Jio Platforms, and another Rs 53,124.20 crore through a rights issue in the past 58 days.

Taken together with last year's sale of 49 per cent stake in fuel retailing venture to BP Plc of UK for Rs 7,000 crore, the total fund raised is in excess of Rs 1.75 lakh crore, the company said.

"With these investments, RIL has become net debt-free," it said.

On Thursday, Reliance Industries said it has sold a 2.32 per cent stake in its digital unit to Saudi Arabia's Public Investment Fund (PIF) for Rs 11,367 crore.

So far this year, the company's stock has gained over 19 per cent.