Government is expected to focus a lot of efforts on employment front going forward. 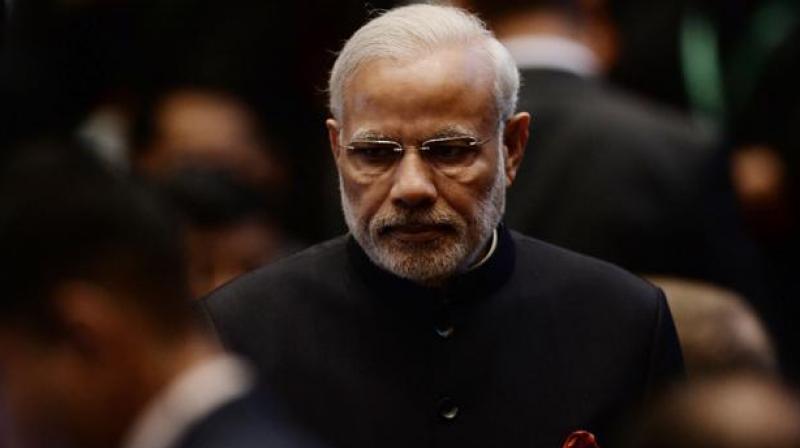 Washington: Job creation in India will be akey agenda when Prime Minister Narendra Modi meets top American CEOs of global giants like Walmart, Apple and Caterpillar this Sunday during his visit to the US.

The discussions will also include efficiency in logistics arena, the post-demonetisation macroeconomic scenario and the potential gains through the GST rollout from next month, an official said.

Besides, the impact of new visa restrictions on the IT industry is expected to come up for discussion during talks with the technology CEOs.

"The discussions between the Prime Minister and nearly 20 top American CEOs in Washington would focus significantly on the employment front," said an industry leader who will be among those present for these meetings.

The government is expected to focus a lot of efforts on employment front going forward, while expectations are that 30-40 per cent of the 12 million annual job creation can be addressed by retail sector alone.

New facilities to be set up by the American corporations are also expected to give a boost to the job creation. Modi is slated to visit the US on June 25-26. American CEOs expected to meet Modi on Sunday include Apple's Tim Cook, Walmart's Doug McMillon, Caterpillar's Jim Umpleby, Google's Sundar Pichai and Microsoft's Satya Nadella.

He will hold talks with Trump on a range of issues, including terrorism and India's concerns over possible changes in H-1B visa rules. India has time and again raised the issue of H-1B with the US authorities and asked them to liberalise the visa regime as Indian companies contribute significantly to the American economy.

The H-1B is a non-immigrant visa that allows US companies to employ foreign workers in speciality occupations that require theoretical or technical expertise in specialised fields. The technology companies depend on it to hire tens of thousands of employees each year.

Apart from ways to enhance trade and business cooperation, Modi and Trump are expected to discuss defence ties. Regional security situation including Pakistan-sponsored terrorism and other international issues are expected to figure prominently during the meeting of the two leaders.

Modi's visit comes against the backdrop of Trump's announcement to withdraw the US from the historic Paris Climate Agreement signed by over 190 other countries. Trump had blamed India and China for the US withdrawal.