EPFO to take call on raising investment in ETF: Dattatreya

The final call on raising ETF to 15 per cent from 10 per cent at a meeting scheduled on May 27 in Pune. 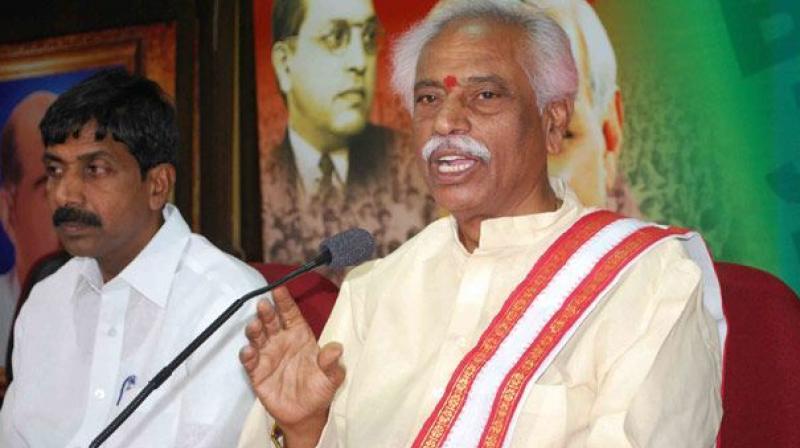 Hyderabad: Union minister Bandaru Dattatreya today said the EPFO will take a final call on raising investment limit in exchange traded funds (ETFs) to 15 per cent from 10 per cent at a meeting scheduled on May 27 in Pune.

"On May 27, Employees Provident Fund Organisations (EPFO) Central Board of Trustees (CBT) meeting is scheduled in Pune. Now one of the major agenda item is ETF investments," Dattatreya, the Minister of State for Labour and Employment, told reporters here.

"Till now we have done 10 per cent investment. Now in the agenda discussion we have to take decision of (raising) from 10 to 15 per cent," he said. As of April 21 this year an investment of Rs 21,559 crore has been made and market value is Rs 23,845 crore with

"My contention is results are encouraging...returns are showing improvement so by seeing this condition the CBT will take a decision," he said. Asked specifically if the meet will decide to increase the quantum of investments to 15 per cent, Dattatreya said "Positively...it is most likely".

The Finance Ministry had earlier notified a new investment pattern for EPFO, allowing the body to invest a minimum of 5 per cent and up to 15 per cent of its funds in equity or equity-related schemes. The EPFO had started investing up to 5 per cent of its investable deposits in ETFs in August 2015.