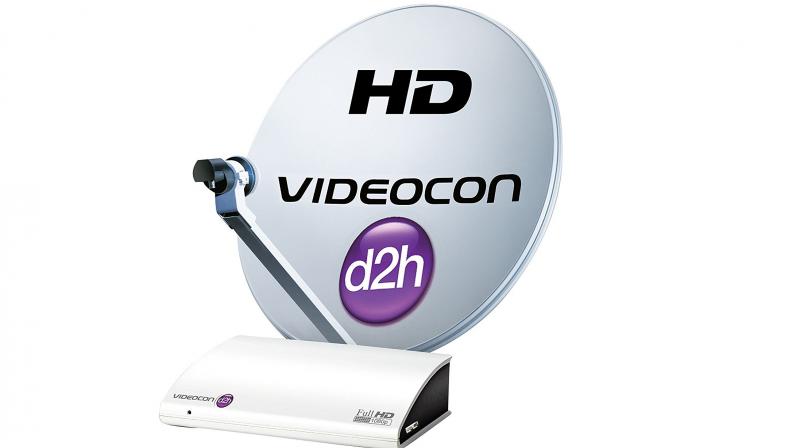 Dish TV has an active subscriber base of 15.5 million, while that of Videocon d2h stands at around 12.2 million.

New Delhi: After over a year of snag, the merger of DTH operators Dish TV India and Videocon d2h has finally been concluded, which is set to create the largest DTH service provider in the country with a subscriber base of about 28 million.

The merger, which was approved by the board of both the companies in November 2016, has been going through various approval processes, including from Ministry of Information and Broadcasting, NCLT and the Competition Commission of India.

Besides, the amalgamation also saw a temporary standstill after Dish TV in January said it is evaluating the impact of reported insolvency proceedings initiated against certain entities of the Videocon Group on its proposed merger with Videocon d2h.

In a stock exchange filing on Thursday, Dish TV India said it has duly filed required documents with the Registrar of Companies, Mumbai, Maharashtra.

Accordingly, the companies have completed all the steps pursuant to the scheme post NCLT approval, and Videocon D2H Ltd has merged with Dish TV India Ltd on March 22, 2018, which is the effective date of the scheme, it said.

Dish TV India said post the receipt of all the necessary approvals, the companies have filed the "copy of the order dated July 27, 2017 passed by the NCLT along with the approved scheme in Form INC—28 with the Registrar of companies, Mumbai, Maharashtra on March, 22 2018".

"Today, Videocon D2h Ltd and Dish TV India Ltd have become one entity. This amalgamation positions the new entity for exceptional future growth and profitability and puts on us the responsibility to lead the DTH industry in India to the next level," Dish TV India CMD Jawahar Goel said.

A meeting of the Board of Dish TV India is scheduled to be held on March 26, to consider and initiate necessary incidental actions in relation to the amalgamation of Videocon D2H Ltd into Dish TV India Ltd.

Dish TV has an active subscriber base of 15.5 million, while that of Videocon d2h stands at around 12.2 million. The Mumbai bench of the National Company Law Tribunal (NCLT) had approved the merger in July 2017.

Earlier, in May last year, the Zee Group firm had got approval from the fair trade regulator CCI for the proposed merger. It has already received approval from the Securities and Exchange Board of India (Sebi), NSE and BSE.

Dish TV and Videocon D2h reported separate revenue and EBITDA numbers which at a pro-format level added up to Rs 60,862 million and Rs 19,909 million, respectively for FY17.