'How Cyrus Mistry was Fired as Tata Chairman' 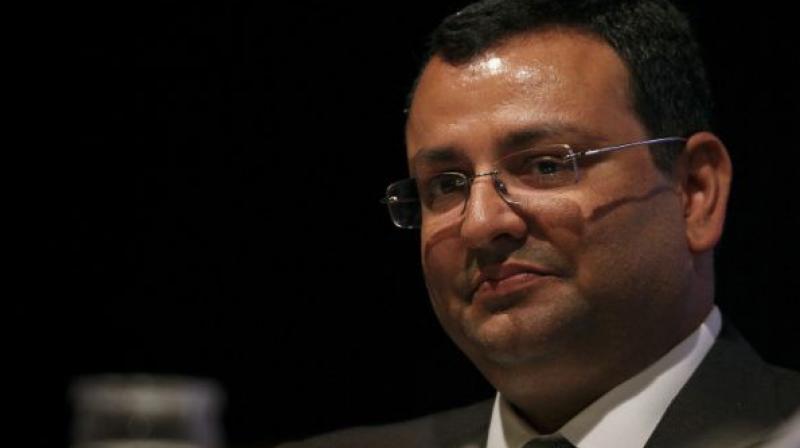 In his blog titled “How Cyrus Mistry was Fired as Tata Chairman”, Kumar wrote how ahead of Mistry's exit, Ratan Tata and Tata Sons board member Nitin Nohria met Mistry and told him how things were not “working out” between him and Ratan Tata.

"Nitin Nohria begins by proclaiming that Cyrus as you know the relationship between you and Ratan Tata has not been working. Therefore, Tata Trusts have decided to move a board resolution removing Cyrus as Chairman of Tata Sons."

This was Cyrus Mistry’s heads-up for the impending doom, which he guessed was due and yet chose to say "You are free to take it up at the board meeting and I will do what I have to do."

Minutes before his board meeting, possibly aware of what was coming up, Mistry dropped a text to his wife Rohiqa saying, “I am being sacked.”

Later, in a board meeting that lasted surprisingly short for one discussing the removal of the top boss, Cyrus Mistry was removed as Tata Chairman. "It was all over in minutes, no explanations and no opportunity for Cyrus Mistry to prepare a rebuttal," Kumar wrote in his blog.

Although Mistry had argued that the Articles of Association required a 15-day notice before taking up the issue of stepping down as Chairman, Tata Trusts’ nominee Amit Chandra responded saying the legal opinion obtained by the Trusts revealed that such a notice was not necessary.

Despite repeated protests by Cyrus on the illegality of events, a quick vote was taken with six members (Ajay Piramal, Amit Chandra, Nitin Nohria, Ronen Sen, Venu Srinivasan and Vijay Singh) voting for, while Farida Khambata and Ishaat Hussain abstained.

After the meeting, Mistry called his childhood friend and lawyer, Apurva Diwanji and they figured they needed a public relations agency and a lawyer immediately. "What they did not know was that Tata had already engaged six major public relations companies and booked many of the most prominent lawyers in the country in a bid to squeeze the resources available to Cyrus post firing," Kumar wrote.

Within hours of the meeting, by 17:00, Tata Sons had released a press statement announcing Mistry’s ouster and Ratan Tata being made interim chairman. “CEOs being fired is always news, despite it not being a terribly uncommon occurrence. What made the firing of Mistry so unusual was that Tata Group had a history of only six Chairman over 148 years,” wrote Kumar.

What followed is known to all – one of the dirtiest corporate battles. "It was due to expire on 31 March 2017. Instead of the sudden, no warning dismissal, the board could have just let the clock run out in five months. By eschewing the public humiliation of Cyrus Mistry, the bloody aftermath that followed could have been avoided," Kumar stated in the blog.

During the board meeting, Kumar with two of his Group Executive Council (a team put together by Mistry) colleagues Harish Bhat and NS Rajan, were on a panel, interacting with  100 Tata executives on the group’s big data initiative.

They were later informed that along with Mistry, all three outsiders on the GEC (Rajan, Kumar and Madhu Kannan) were ousted.

Kumar went on to say that despite engaging the collective effort of six PR firms, no Tata senior official ever said anything negative against Mistry.  "Despite the best efforts of the press promoted by the six PR agencies and pressure from the internal Tata communications team, only two Tata CEOs, Bhaskar Bhat and Harish Bhat, have had anything negative to say about Cyrus Mistry in the press. And, even they, were remarkably muted in their criticism," wrote Kumar.

He signs off by saying that this was the best judgement of Mistry. "Under the circumstances, what better performance review could Cyrus Mistry have received as Chairman of Tata Sons?”