The board also said that advances to related and unrelated parties, too, were potentially understated significantly. 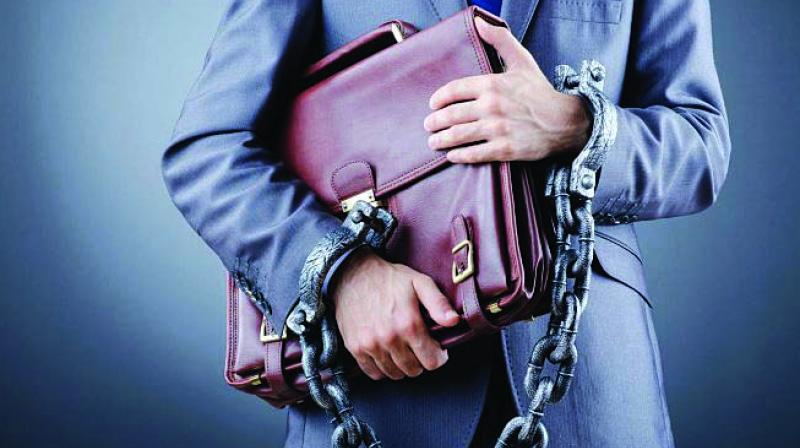 CG Power said advances to related and unrelated parties of the company and the group may have been potentially understated by `1,990.36 crore and `2,806.63 crore, respectively, as on March 31, 2018.

On Tuesday, the company's board said in an exchange filing that pursuant to an investigation conducted by the board it found that the company's and the group's liabilities were potentially understated by hundreds of crores of rupees. The board also said that advances to related and unrelated parties, too, were potentially understated significantly.

"The total liabilities of the company and the group may have been potentially understated by approximately Rs 1,053.54 crore and Rs 1,608.17 crore, respectively, as at 31 March 2018," the exchange filing said.

The company also said advances to related and unrelated parties of the company and the group may have been potentially understated by Rs 1,990.36 crore and Rs 2,806.63 crore, respectively, as on March 31, 2018.

"These (transactions) were purportedly carried out by identified company personnel (both current and past) including certain non-executive directors, certain KMPs (key managerial personnel) and other identified employees in breach of the Rules of Procedure of the Company. These transactions appear to have been carried out by various means, including inappropriate netting off, using ostensibly unrelated third parties, routing transactions through subsidiaries, promoter affiliate companies and other connected parties," the board said.

Earlier this year, lenders invoked shares of CG Power's promoter entities. On June 30, the promoters held zero stake in the company, as their entire pledged holding was invoked by various lenders.

The corporate fraud, which went unnoticed for almost three years, has raised questions over regulatory oversight. The company has disclosed the findings of its risk and audit committee (RAC), which revealed that the firm and the group together could have under-reported liabilities to the extent of over Rs 3,600 crore in FY17 and FY18.

In its filing, the company assured its stakeholders that it was committed to restoring the highest level of governance and internal control within the company and work towards ensuring that the interest of all the stakeholders is protected.

The company's internal investigation found its certain assets were purportedly provided as collateral without due authority and it was made a co-borrower and/or guarantor for enabling third parties to secure loans. The money was then immediately routed out from the company. "Measures to safeguard such assets will be evaluated with appropriate legal assistance and action initiated," CG Power said.