Implementing company GST Network has drawn out a complete proforma to guide traders on how to file GST return. 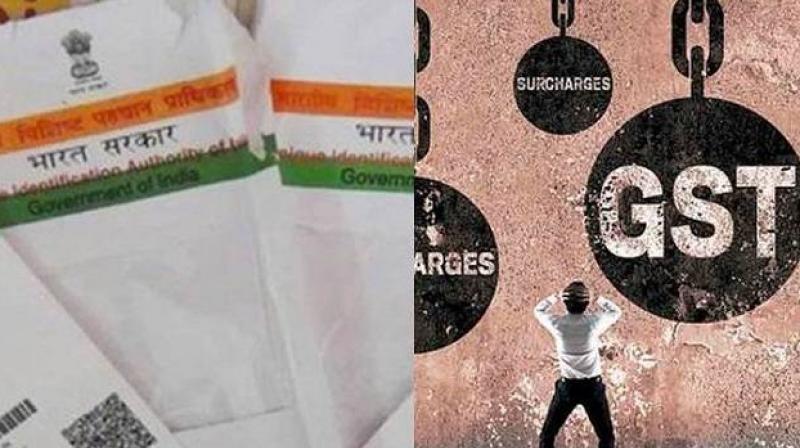 Form GSTR-3B is for traders who file their GST return. First return will be filed for July. (Photo: Representational/PTI)

Mumbai: Traders will be filling in August their first Goods and Services Tax return for the month of July by filling and submitting GSTR-3B, GSTR-1 and Trans-1 forms, a complete proforma designed for all traders who fall under the GST net. GST was implemented on the revised date of July 1, as earlier, the government wanted to put into effect the indirect tax regime form April 1.

Faced with uncertainty and confusion, the traders community had appealed to the government to postpone GST rollout to September, a demand that the government rejected citing legislative compulsions.

The government on August 19 had extended by five days the last date for filing returns under the GST regime from August 20 to August 25 as there was a huge rush on to the site on GST filing site on Saturday. As a result the site had crashed and traders from across the country had complained by highlighting their inability to proceed with the online procedure.

By August 25, traders will have to fill form GSTR-3B and mention all the requisite details in it. Earlier, the government had revealed dates for filing different returns under different categories of GST.

Based on the government directive, details pertaining to outward supplies for the month of July will be filed using GSTR-1 form between September 1 and September 5. Traders are will fill form GSTR-3B for the interim period.

"The government also notified that the August 25, 2017 deadline will also apply to taxpayers who do not want to avail of transitional credit in Form Trans 1 this month," a report on NDTV said. Last date for filing form Trans 1 this month is August 28,  which was announced earlier.

How to file GST return

Goods and Services Tax Network that controls -- gst.gov.in -- has elaborated on how to file GSTR-3B form. Here is the guide:

-- First log on to the GST filing portal gst.gov.in. On 'Return Dashboard' select the month and the financial year which would be July and 2017-18 respectively. You cansearch GSTR-3B in the search option.

-- In Section 3 and Section 4, you can mention your liabilities and input tax credit. GST website says, "Transitional ITC cannot be claimed in GSTR 3B," while adding, "It can be claimed only through Trans 1 and Trans 2."

-- After this, the user is required to enter details of interest, if payable. This can be filled in Section 5.1. A late fee will be computed by the system, the GST portal added. Click on the 'Save GSTR-3B' button, NDTV report added.

-- You will get a live 'Submit' button when you have filled all requisite details in your GST returns form. "Please note that after submit, no modification is possible. Hence ensure that details are filled correctly before clicking on Submit button," said the GSTN website.

-- And when you press the Submit button you will get this message, "Post (debit) the self-assessed liabilities including system generated late fee in Liability Register and credit the claimed ITC into ITC ledger".