Speculation over my future in Tata Motors annoying: Butschek

Butschek says he was hired purely on professional merit and not personal loyalty. 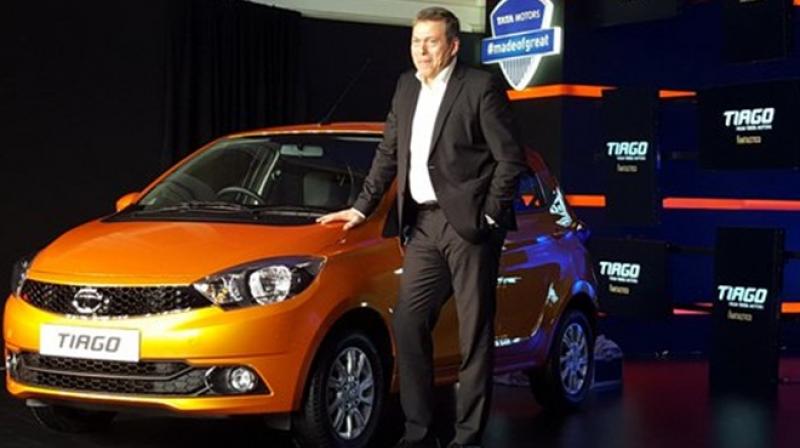 Mumbai: Terming speculations over his future as Tata Motors MD and CEO in the wake of the changed leadership in Tata Sons as "annoying", Guenter Butschek on Monday said he was hired purely on professional merit and not personal loyalty.

There has been speculations over his continuation after the change of guard at Tata Sons, with some high-profile appointments by Mistry, including Rakesh Sarna of IHCL, leaving the Tata Group.

"The fact that I was recruited by the previous Tata Sons leadership has nothing to do with my loyalty to Tata Sons and Tata Motors," Guenter told PTI here.

He further said: "I didn't come to India for any personal agenda. I came purely for my professional agenda."

He said his experience in "functional, international and in particular turnaround experience was considered a key requirement at that point of time of Tata Motors".

He added: "I am aware of these rumours and I find these rumours extremely annoying. Last week, I saw speculations, and I was even linked to the Infosys story."

He felt that he has not seen any change in terms of the changed agenda of Tata Motors under the new Chairman N Chandrasekaran.

"Yes, it was initially called transformation, but as it was explained a particular refocusing has been decided with the chairman and the board as far as the domestic commercial vehicles turnaround is concerned," Butschek said further.

Reiterating that he is looking forward to his tenure in Tata Motors, Butschek said, "It (turnaround) makes the journey even more exciting. It helps accelerate the changed management process at Tata Motors."

Bullish on the company's future, he said: "I do believe if we can get Tata Motors' backbone, the CV, in particular M&HCV, back on track, then we can unlock a lot of potential of this organisation, which I consider as an extremely exciting opportunity and I would love to be part of it."

Asked if he enjoyed backing of the chairman and the board, Butschek replied, "Absolutely."