Lawsuits, allegations of sexual harassment and an outburst by Kalanick mark run up. 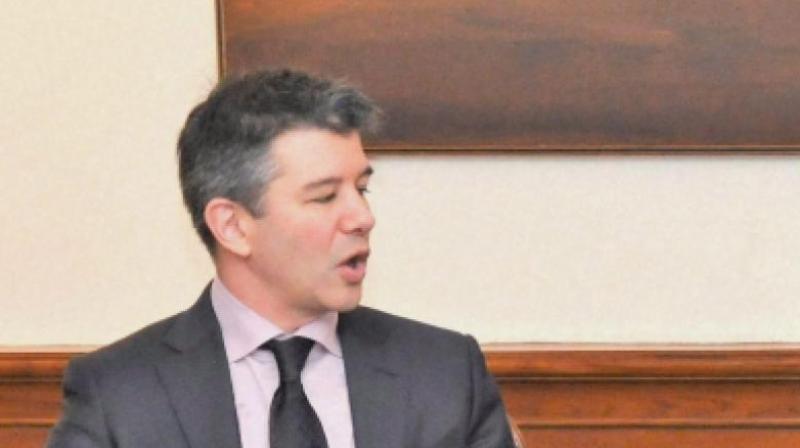 Uber has had a rough year, largely of it its own making. There have been lawsuits, allegations of sexual harassment and a profanity-laced outburst by its CEO that was caught on video. On Wednesday, Uber CEO and co-founder Travis Kalanick resigned under pressure from investors.

Here's a timeline of Uber's troubles so far this year.

Jan. 28: After President Donald Trump releases his first executive order on immigration, New York taxi drivers protest by refusing to pick up passengers at Kennedy Airport for an hour. Some protesters say Uber tries to capitalize on the protest by picking up passengers anyway, prompting a Twitter protest urging people to delete Uber's app from their smartphones.

Feb. 28: A video emerges of Kalanick arguing with an Uber driver. It includes yelling and profanity and ends with a combative Kalanick dismissing the agitated driver's claims that sharp reductions in fares forced him into bankruptcy. In an email to employees, Kalanick admits he needs leadership help. "I must fundamentally change as a leader and grow up," he says.

March 3: The New York Times reveals that Uber used a phony version of its app to thwart authorities in cities where it was operating illegally. Uber's so-called Greyball software identified regulators who were posing as riders and blocked access to them. The U.S. Justice Department is investigating Uber's use of the Greyball software.

March 19: Uber's president, Jeff Jones, resigns less than a year after joining the company. He tells the tech blog Recode that his approach to leadership is at odds with what he experienced at Uber.

April 27: Levandowski announces he is stepping aside while Uber defends itself against the allegations from Waymo.

May 11: A federal judge in San Francisco rejects Uber's request for arbitration and refers Waymo's case to the U.S. Attorney's office for a possible criminal investigation. Days later the judge bans Uber from using technology taken from Waymo, but doesn't order Uber to halt its self-driving vehicle program, as Waymo requested. The case is set for trial in October.

May 26: Kalanick's mother dies in a boating accident. His father is seriously injured.

May 31: Uber's finance chief Gautam Gupta says he plans to leave the company in July.

June 6: Uber fires 20 people after a law firm, Perkins Coie, investigates complaints of harassment, bullying and retaliation. That investigation, which was separate from Holder's, checked into 215 complaints; 57 are still under investigation.

June 11: Uber's board meets with Holder and adopts a series of recommendations based on his report.

June 13: Kalanick tells Uber employees that he's taking a leave for an unspecified period, but will be available for "the most strategic decisions." Uber's board releases Holder's recommendations, which include removing some of Kalanick's responsibilities and replacing Uber's chairman and founder, Garrett Camp, with an independent chairman. Holder also recommends many cultural and policy changes, from establishing an effective complaint process to recruiting more diverse applicants to prohibiting alcohol and drug use during core work hours.

June 20: Uber embarks on "180 days of change," seeking to persuade riders and investors that it is a company with a conscience and a heart. The first move was allowing riders the ability to give drivers tips through the Uber app, something that Kalanick had resisted. Details of the rest of the plan were not made public.

June 21: CEO Travis Kalanick resigns under pressure from investors and the board. He will stay on as a board member.