Flipkart in a statement said it was aware of the ban order and was working with sellers to remove all such products. 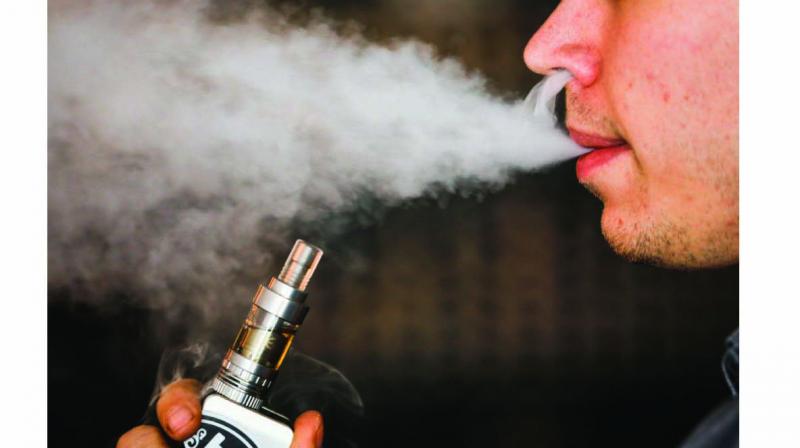 Snapdeal, another leading e-commerce website in India, said the e-cigarette category had been disabled.

Amazon.com, Walmart-owned Flipkart and other e-commerce portals in India scrambled on Thursday to pull listings of vaping products a day after the federal government imposed a nationwide ban on electronic cigarettes.

Warning of an “epidemic” among young people, India banned sale, production, import and advertising of e-cigarettes, dealing a blow to plans of companies such as Philip Morris International and Juul Labs to sell the products in India.

Websites such as Vapestop and Litejoy, which offered vaping products online, discontinued their operations and ran disclaimers related to the government order.

Vaping products, however, were still available on Amazon’s India site, while Flipkart and Softbank-backed Snapdeal removed e-cigarettes which were available earlier in the day, Reuters found.

“Online advertising and sales are banned. E-commerce service providers should take down the advertisements and sale offers immediately,” Vikas Sheel, a senior health ministry official told Reuters, when asked about the online listings.

Amazon said e-cigarettes are not allowed to be listed or sold on Amazon.co.in as per its policy and it takes action if it learns about sellers evasively listing a prohibited product.

A source with direct knowledge said that Amazon was working to quickly remove the listings.

Flipkart in a statement said it was aware of the ban order and was working with sellers to remove all such products.

Snapdeal, another leading e-commerce website in India, said the e-cigarette category had been disabled.

On Wednesday, India’s health ministry said use of e-cigarettes had increased exponentially and acquired epidemic proportions in developed countries, especially among youth and children.

India’s ban was issued through an executive order, which has been in force since Wednesday night, a health ministry spokeswoman said.

Pro-vaping groups in India have criticized the government’s decision, saying it would deter people from switching from conventional cigarettes to less harmful alternatives.