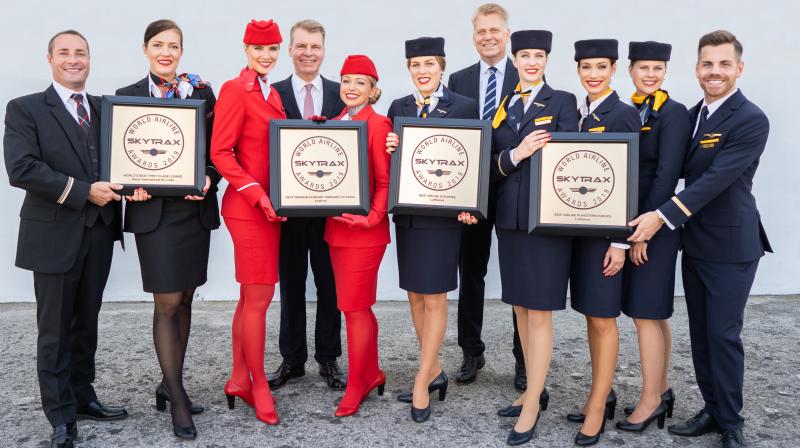 Close to 20 million passengers ranked the Lufthansa Group Hub Airlines as among the best airlines in the world.

Lufthansa was chosen as “Best Airline in Europe” and “Best Western European Airline” for the third straight year. The award was presented this year at a Skytrax ceremony held within the context of the Le Bourget aviation and aerospace exhibition in Paris. SWISS and Austrian Airlines also notched up successes and were each given one award.

Austrian received the award for its catering in the Premium Economy Class – "Best Premium Economy Class Onboard Catering" and Swiss in the category "The Worlds Best First Class Lounge" for the outstanding SWISS Lounge in Zurich. Skytrax, the market research institute specialising in aviation, had previously surveyed some 20 million passengers from over 160 countries worldwide.

“To be given four awards by our customers is both an honour and an incentive. In particular, our colleagues in the cabin, cockpit and on the ground can be very proud of this. They are the ones who keep our premium promise day after day," says Harry Hohmeister, Member of the Executive Board and Chief Commercial Officer Network Airlines of Lufthansa Group AG.