A few months back hotels in Gujarat and some parts of Maharashtra had taken similar action against the travel tech companies. 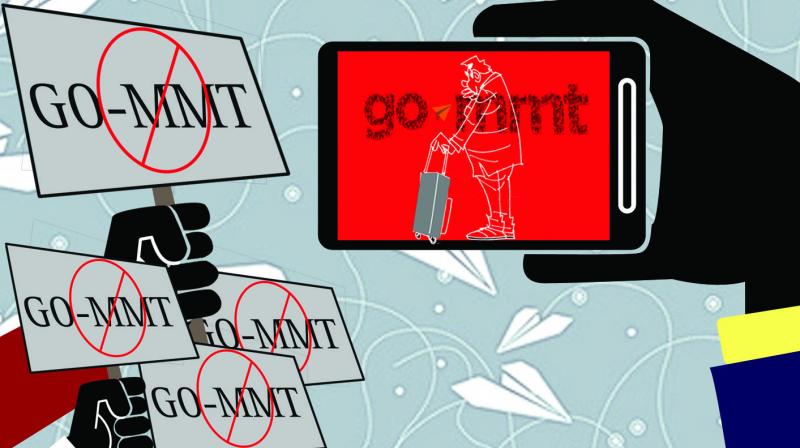 Chennai: The tussle between hotels and travel service providers has intensified with more hotels boycotting the latter. With hotels in Sikkim and Mysore joining the protest, industry associations claim that around 4,000 hotels have boycotted Go-MMT, the merged entity of Ibibo and MakeMyTrip. However, the travel service providers have refuted the development as “unsubstantiated claims.”

The Hotel Owners' Association (HOA) of Mysore claimed that 400 of its hotel members have blocked their inventory on GoIbibo and MakeMyTrip from this month as a protest against “exorbitant commissioning” and “deep discounting tactics.”

“The OTAs (travel websites) and Oyo are destroying the very fabric of hospitality under the guise of disruption. They are literally bullying hoteliers, flexing their muscles with seemingly unlimited funds, access to technology and consumer data. They offer indiscriminate discounts to customers and demand outlandish commissions and Performance Linked Bonuses from hotels. By hijacking online and offline brand and business resources, misrepresenting the actual rate received from guests and pitting one hotel against another, they have left many hoteliers desolate,” said Sooryah P, President, the Association of Indian Hotels and Serviced Apartments, Bangalore.

According to the Federation of Hotel and Restaurant Associations of India (FHRAI) several hotels in Sikkim too have terminated their contracts with Go-MMT last month.

A few months back hotels in Gujarat and some parts of Maharashtra had taken similar action against the travel tech companies. According to FHRAI, the OTAs, after securing discounted rates from a hotel, further discount it on their online platforms without the hotel’s consent.  The OTAs normally charge commissions ranging from 12 to 15 per cent from the hotels on the bookings made by them. But MakeMyTrip and Goibibo are charging commissions ranging from 20 to 40 per cent, said Gurbaxish Singh Kohli, Vice President–FHRAI.

FHRAI also alleged that OTAs and Oyo are legitimising the unlicensed accommodation providers by promoting them on their sites and apps whilst disrupting the business of the organised hotels, who have to get 116 licences to operate.

However, Oyo refuted the allegations as “unsubstantiated claims”. “As a respectable hospitality brand that focuses on corporate governance, asset owner success and elevated customer experience, we continue to resolve any issues with asset owners on a one to one basis as appropriate. We are happy to share that over 90 per cent of our asset owners are extremely happy franchising with OYO and have seen over 50 per cent growth in their occupancy in their first few months of joining us. Unfortunately, some vested interest groups resort to unsubstantiated claims,” said an Oyo spokesperson.

“Despite certain attempts by vested interest groups to discredit our years of hard work with malicious and inaccurate claims, our 8700-plus asset owners in India continue to stand by us as we remain committed to delivering benefits to the customer and asset owner,” Oyo spokesperson added.