The Japanese automaker said earlier on Monday that Ghosn had used company money for personal use. 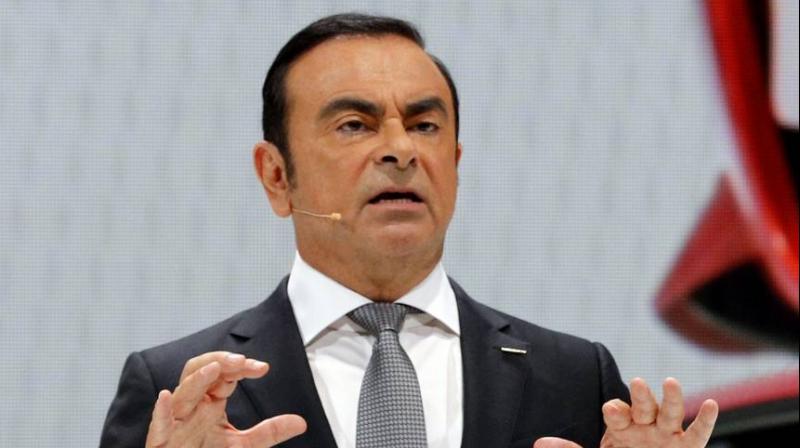 Tokyo: Nissan chairman Carlos Ghosn was reportedly under arrest in Tokyo on Monday, as his firm accused him of "significant acts of misconduct" and said it would seek to oust him.

Japan's public broadcaster NHK and other media outlets said Ghosn had been arrested after being questioned by Japanese prosecutors for various improprieties including underreporting his income.

In a statement, Nissan said it had been conducting a probe into Ghosn for several months after receiving a whistleblower report and had uncovered misconduct going back several years.

The Tokyo prosecutor's office had no comment on the reports about Ghosn, who also heads an alliance of Renault, Nissan and Mitsubishi. Nissan said it had launched an investigation into both Ghosn and Representative Director Greg Kelly several months ago.

"The investigation showed that over many years both Ghosn and Kelly have been reporting compensation amounts in the Tokyo Stock Exchange securities report that were less than the actual amount, in order to reduce the disclosed amount of Carlos Ghosn's compensation," the statement said.

"Also, in regards to Ghosn, numerous other significant acts of misconduct have been uncovered, such as personal use of company assets, and Kelly's deep involvement has also been confirmed."

The company said it had provided information to Japanese prosecutors and would propose to the board of directors that it "promptly remove Ghosn from his positions" along with Kelly.

The astonishing news first emerged Monday evening, when the Asahi Shimbun newspaper reported Ghosn was being questioned by prosecutors and was likely to face arrest. Public broadcaster NHK reported that Tokyo prosecutors were raiding Nissan's headquarters in the city of Yokohama.

Renault shares plunged 12 percent in late morning trading in Paris on the shock news, which emerged after the end of the Tokyo session.

"If he is arrested, it's going to rock the Renault-Nissan-Mitsubishi alliance as he is the keystone of the alliance," said Satoru Takada, an analyst at TIW, a Tokyo-based research and consulting firm.

"He is the man of charisma for the alliance. It is likely to have a negative impact on its brand image," he told AFP.

Nicknamed Le Cost Killer, Brazil-born Ghosn, 64, is known for overhauling Renault and Nissan starting in the nineties. Renault came to the rescue of the then-ailing Japanese automaker in 1999 and parachuted in Ghosn, who set about slashing costs and jobs in a huge corporate overhaul.

In 2016, Ghosn also took charge at troubled Mitsubishi after Nissan threw it a lifeline, buying a one-third stake for about $2.2 billion as it wrestled with a mileage-cheating scandal that hammered sales. Ghosn has a high profile in Japan and is known as a major advocate of the country's auto sector.