This is in continuation to a spate of resignations of the board of directors from IL&FS and its group firms. 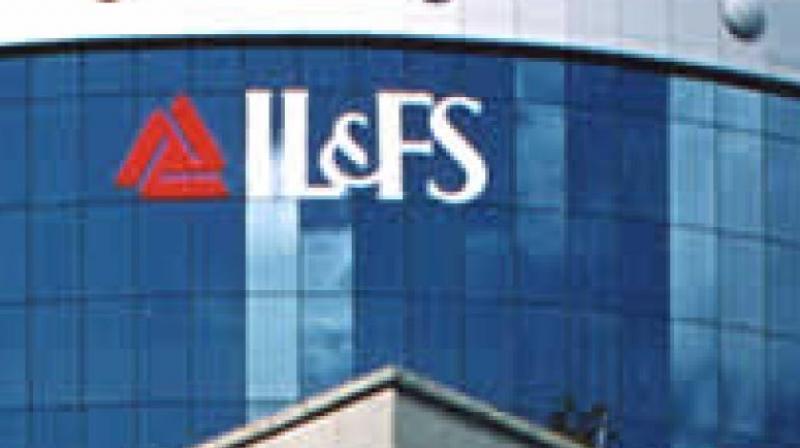 The IL&FS group is facing serious liquidity crisis and has defaulted on interest payment on various debt repayments since August 27.

"We hereby inform that Vibhav Kapoor, non-executive director of the company has resigned as a member of the board of directors," it said in a regulatory filing. The company did not give the reason for his resignation.

This is in continuation to a spate of resignations of the board of directors from IL&FS and its group firms ever since the loan defaults started arising nearly a month ago. Independent directors of IL&FS Financial Services - Renu Challu, Surinder Singh Kohli, Shubhalakshmi Panse and Uday Ved have earlier stepped down.

On October 3, IL&FS Engineering and Construction Company had announced the resignation of its Managing Director Murli Dhar Khattar.

The IL&FS group is facing serious liquidity crisis and has defaulted on interest payment on various debt repayments since August 27. It has over Rs 91,000 crore in debt at the consolidated level. There are concerns that default by a large NBFC like IL&FS will create liquidity crunch in the financial markets.

The country's largest lender SBI as well as insurance behemoth LIC, who are key shareholders in IL&FS, have come to the rescue of the debt-ridden IL&FS group to avoid the contagion effect that may arise if the group collapses.

SBI (with 6.42 per cent stake) earlier this month said that it will buy good assets worth Rs 45,000 crore from IL&FS, while LIC (the largest shareholder at 25.34 per cent) is expected to up its stake further in the company. Among others shareholders of the IL&FS are Orix Corporation of Japan at 23.54 per cent,

The Abu Dhabi Investment Authority 12.56 per cent, HDFC 9.02 per cent, and Central Bank of India 7.67 per cent. The RBI also had to intervene in the matter and has announced measures to boost capital flow to the NBFC sector.

The regulator came up with further boost for the sector and allowed banks to use government securities equal to their incremental outstanding credit to NBFCs, over and above their outstanding credit to them as on October 19, which can be used to meet liquidity coverage ratio requirements.

The RBI, it is learnt that also met with the large shareholders IL&FS in late September to decide on revival and capital infusion plans for the company.

The government took over the management of IL&FS on October 1, following approval from the National Company Law Tribunal and have appointed six nominees on its board headed by banker Uday Kotak of Kotak Mahindra Bank.

The IL&FS Financial Services MD&CEO Ramesh C Bawa had resigned from the company on September 22 because of the loan defaults and corporate governance issues followed by resignations from several independent directors.

Kapoor, who was also the non-executive director of IL&FS Financial Services board, had stepped down the same day.

Stock of IL&FS Investment Managers closed 5 per cent down at Rs 7.22 on BSE Friday.