New enhanced plans effective from Oct 19 are for new and existing customers. 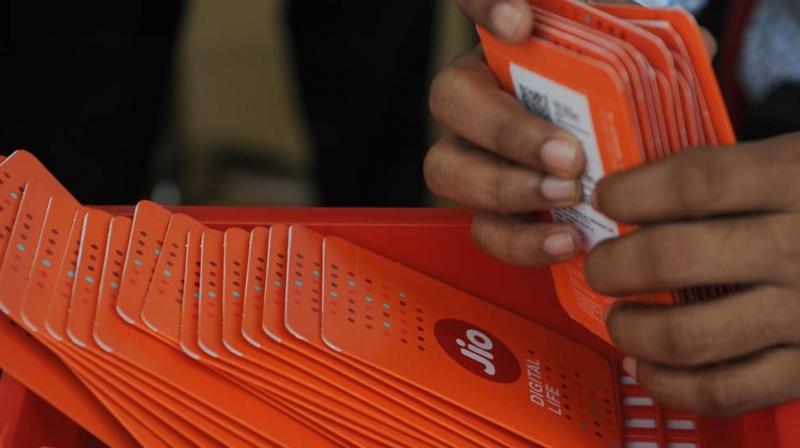 Reliance Jio has said it will launch India's cheapest feature phone for an effective price of Rs zero. (Photo: AFP)

Mumbai: Reliance Jio continues its biggest Diwali bonanza schemes with its latest attractive pack that further reduces price of 4G internet. Under its fresh offering as part of its Dhan Dhana Dhan plan, Jio has increased the amount of 4G data under select packs.

For just Rs 149, a 4G Jio user will now get 4GB data in a month. Earlier the data offered under the monthly plan was only 2GB, which is a monthly increase of 2GB. These new packs form part of enhanced Dhan Dhana Dhan plan promising more data without any change in cost of getting it.

With an increase in amount of data being offered, Jio users must note that there is no change in free voice calling, roaming charges, subscription of Jio apps and usage of high speed internet, which form part of Fair Usage Policy, according to a report in the Hindustan Times. 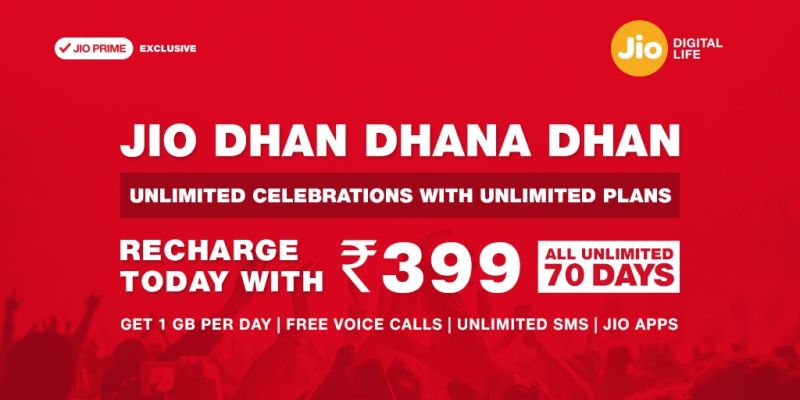 As part of its festive season attractive packs, Jio had introduced a Rs 459 plan for Jio Prime users. This offer is valid for three months and gives 1GB data to its users. A similar plan is being offered to Jio's prepaid customers but with a validity of 84 days.

Heavy data consumers do not need to worry as they have also been considered for festive-time freebies. For them Jio has brought up a Rs 509 plan that gives 2GB data per day to its user for 49 days. This plan brings down the cost of 1GB data to Rs 5.2, HT report said.