The appellate tribunal was hearing an intervention plea by HUDCO, claiming dues of Rs 195 crore from Bakshi. 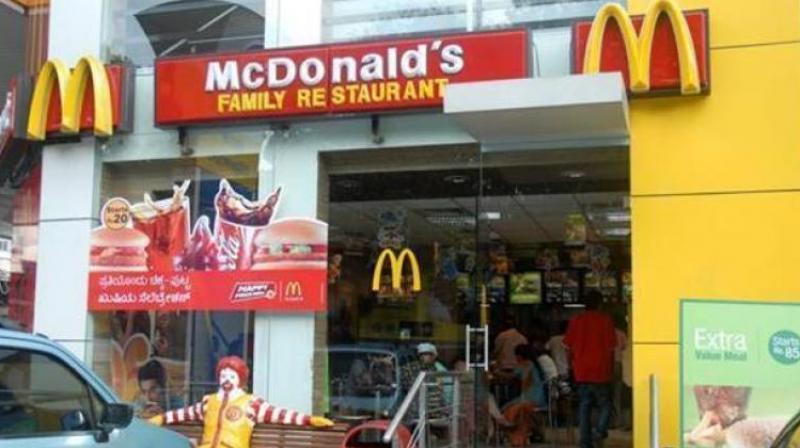 The NCLAT had admitted HUDCO's plea on May 15, 2019 in the ongoing cases of Bakshi and McDonald's India Pvt Ltd (MIPL). (Photo: PTI)

New Delhi: The NCLAT on Wednesday said it will review the settlement between food major McDonald's and its estranged Indian partner Vikram Bakshi over the sale of his shares in Connaught Plaza Restaurants.

A two-member NCLAT bench headed by Chairperson Justice S J Mukhopadhaya also asked Bakshi not to leave the country without its permission.

The appellate tribunal said the settlement reached between McDonald's and Vikram Bakshi was "prima facie" violation of the Debt Recovery Tribunal order.

"We find that parties (Bakshi and McDonald's ) have reached agreement. This is prima facie against the Interim order of DRT. “We neither are of the view that parties should not implement such agreement nor leave the country without intimating DRT or this Tribunal," said the NCLAT.

When contacted, Bakshi said: "We have yet to see the order. Once it is available my legal team shall review it and thereafter we shall take a considered decision".

The appellate tribunal was hearing an intervention plea by HUDCO, claiming dues of Rs 195 crore from Bakshi.

On August 22, the NCLAT had granted Bakshi a "last chance" to settle his dispute with state-owned HUDCO, which is claiming Rs 195-crore dues from him.

The NCLAT had admitted HUDCO's plea on May 15, 2019 in the ongoing  cases of Bakshi and McDonald's India Pvt Ltd (MIPL).

After reaching an out-of-court settlement for an undisclosed amount, Bakshi and MIPL had approached the NCLAT to withdraw cases filed against each other for management control of CPRL.

However, HUDCO had opposed their settlement, saying Bakshi and his related entities owed Rs 194.98 crore, which Debt Recovery Tribunal had also directed Bakshi to pay.

In July this year, the NCLAT had directed Bakshi to file an affidavit within a week detailing the amount he has received from the sale of his shares in CPRL as part of his settlement with the US-based fast food chain.