The board has also appointed ICICI Prudential Life Insurance CEO and MD Sandeep Bakhshi as its chief operating officer. 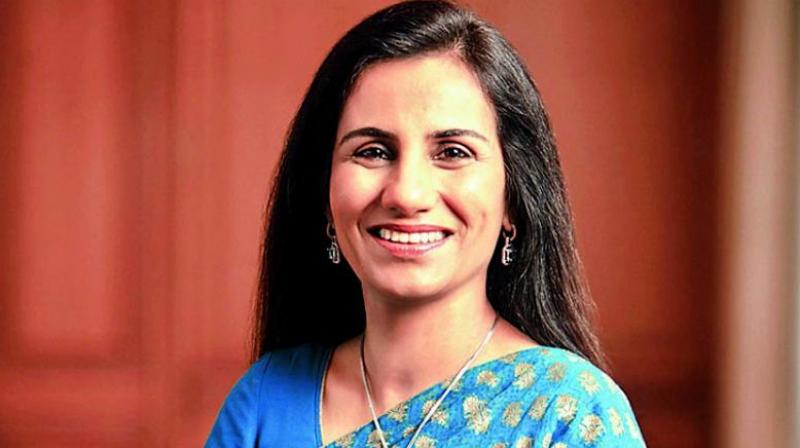 Chanda Kocchar will now go on leave till the enquiry in the ICICI-Videocon case is not completed. (Photo: File)

Mumbai: In a complete reversal of its stance taken four months ago, the board of directors of ICICI Bank on Monday allowed its CEO Chanda Kochhar to go on leave until a probe into her role in an alleged conflict of interest while granting loans to the Videocon Group was completed.

The board has also appointed ICICI Prudential Life Insurance CEO and MD Sandeep Bakhshi as its chief operating officer. Mr Bakhshi, who was the deputy MD of ICICI Bank before he was made the group’s insurance head, would run the bank during the absence of Ms Kochhar.

Mr Bakhshi would be COO for five years. Though as the COO he would reporting to CEO Kochhar, the bank said he would report to the board until Ms Kochhar resumes the office. All executive directors on the Board of ICICI Bank and the executive management will report to him.

Ms Kochhar has been facing allegations made by a whistleblower about sanctioning of loans to the Videocon Group in lieu of investments made in the companies promoted by her husband. Ms Kochhar refuted the allegations.

Thought the bank’s board had supported her initially, ruling out any probe into the matter, it had changed its stand after a second round of quid pro quo charges against Ms Kochhar have come to the fore on May 3.

Following the allegations, the board met on May 29 and decided to institute an inquiry to examine complaints filed by the whistleblower relating to conflict of interest while dealing with certain customers or borrowers of the bank.

Though Ms Kochhar went on what was billed as a routine annual leave on June 1, she extend her leave till the completion of the probe. “In line with the highest levels of governance and corporate standards, Ms. Chanda Kochhar has decided to go on leave till the completion of the enquiry as announced on May 30, 2018. The Board has noted and accepted this. During her period of leave, the COO will report to the Board,” the bank said after its board meeting on Monday evening.

The board has decided to recommend ICICI Prudential to appoint N.S. Kannan as its MD and CEO in place of Mr Bakhshi. 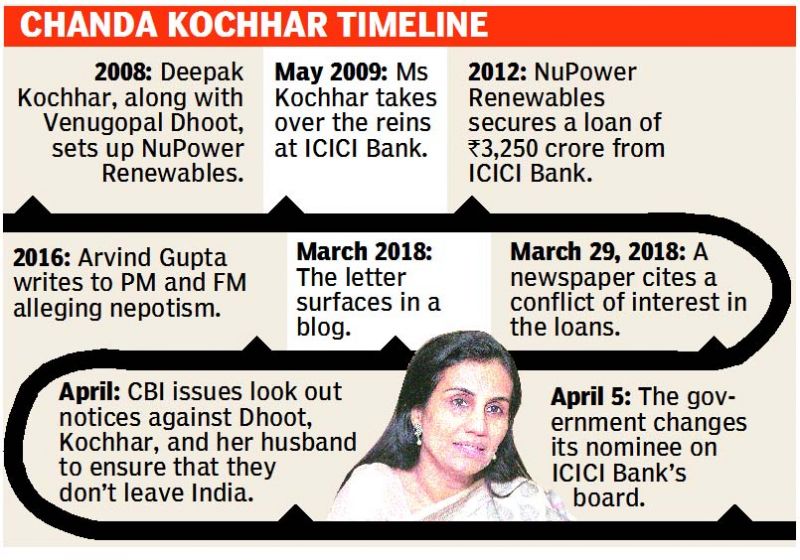 In the day, shares of ICICI Bank rose by four per cent amidst the speculation of a rejig in the top management. ICICI Bank was the top gainer among the 30-share basket.

Kochhar’s silence may have created a lot of uncertainty for the bank as on now. But shareholders will have to wait for findings from the probe panel and whether it will be a damage control for the bank and herself.