Tax department will now move to take over the 9.8 per cent shareholding Cairn Energy had in Cairn India. 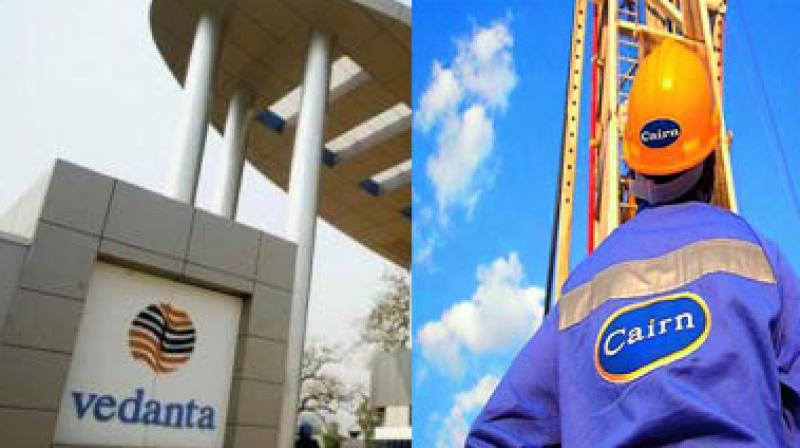 New Delhi: The Income Tax Department has ordered coercive action against Cairn Energy Plc to recover Rs 10,247 crore of retrospective tax after the British oil firm lost a challenge to the move before an international arbitration panel.

The department ordered taking away USD 104 million dividend due to it from its remaining stake in the erstwhile subsidiary Cairn India (now called Vedanta Ltd) and another Rs 1,500 crore of tax refund due to it, a top source said.

This follows an international arbitration panel last week deciding not to entertain a plea by Cairn Energy seeking injunction against the coercive action to recover the tax.

The source said the tax department will now move to take over the 9.8 per cent shareholding Cairn Energy had in Cairn India.

"On June 16, 2017 the Indian Income Tax Department (IITD) issued an order to Vedanta India Ltd (VIL) directing it to pay over any sums due to Cairn. Sums due to Cairn from VIL now total USD 104 million, including historical dividends of USD 53 million and a further dividend of USD 51 million after the merger of CIL and VIL," it said.

The company said however that it will continue with the international arbitration proceedings against the retrospective tax demand.

"Cairn is seeking full restitution for (UK-India Bilateral Investment Treaty) Treaty breaches resulting from the expropriation of its investments in India in 2014, the attempts to enforce retrospective tax measures and the failure to treat the Company and its investments fairly and equitably," it said.

The company said it has a high level of confidence in its case under the Treaty and, in addition to resolution of the retrospective tax dispute, its claim seeks damages equal to the value of the Group's residual shareholding in Cairn India at the time it was attached (approximately USD 1 billion).