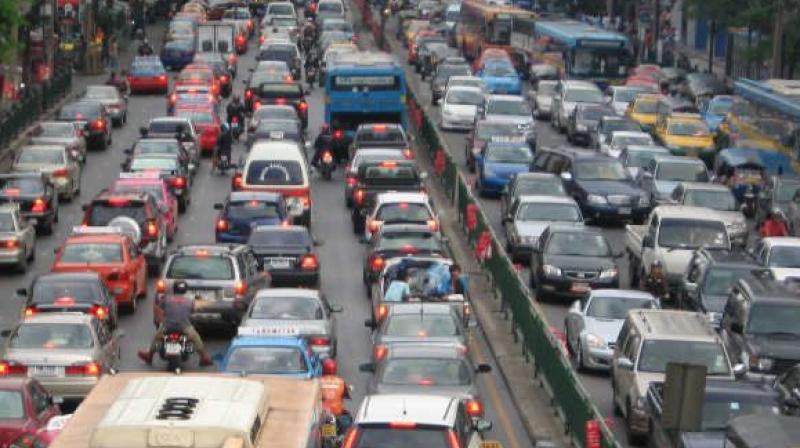 New Delhi: Auto industry body SIAM today welcomed the GST rates for automobiles saying the new tax rates would help in stimulating demand. "The rates are as per the expectations of the industry and almost all segments have benefited by way of a reduced overall tax burden in varying degree," Society of Indian Automobile Manufacturers (SIAM) president Vinod Dasari said in a statement.

It will stimulate demand and strengthen the automotive market in the country, paving the way for meeting the vision laid down in the Automotive Mission Plan 2016-26, he added.

The government has done well to ensure stability in taxation while at the same time moderating the taxes, wherever they were too high, Dasari said.

He, however pointed out that differential GST for electric vehicles would also help electric mobility to gain momentum in the country. "We would have liked to see a similar differential duty on hybrid vehicles to continue," he added.

The government has always encouraged environment-friendly technologies and with the current focus on reducing emissions of greenhouse gases and carbon footprint, one would have expected the lower taxation to continue on such vehicles in a technology agnostic manner, he added.

Besides, the inclusion of 10-13 seater vehicles used mainly for public transport in the same tax bracket as luxury cars with a 15 per cent cess is also unexpected and may merit a review, Dasari said.

Hyundai Motor India director, sales and marketing, Rakesh Srivastava said, "The new GST structure seems to be a zero sum game for auto industry. The placement of green vehicles in highest slabs of GST is contrary to the spirit of promoting green mobility in India."

He added that the move will adversely impact the hybrid vehicles acceptance in future. "Overall, implementation of GST will create a single, seamless and large market, bringing in short and long-term gains to customers in business establishments," Srivastava said.