The company’s net profit for the January–March quarter stood at Rs 6,608 crore. 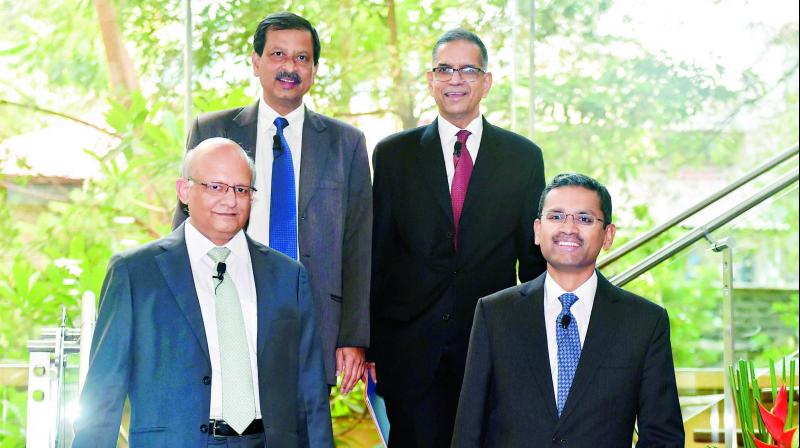 Mumbai: India’s largest software exporter TCS on Tuesday posted a slightly better than expected growth in earnings for the quarter ended March 2017 and said the company is having a solid pipeline of deals across markets and industries.

The company’s net profit for the January–March quarter stood at Rs 6,608 crore, up 4.22 per cent from Rs 6,340 crore reported during the same period last year.

TCS, which reported its first quarterly earnings under a new CEO said the company has seen a broad based growth in FY17 amidst economic and political turbulence in its key markets.

“We added $1.4 billion dollars in constant currency revenues during the year and increased our digital revenues sharply as we helped our customers leverage the digital economy. Our digital business grew at 29 per cent annually with most industries showing double digit growth as we steadily increased the number of customers across different revenue bands,” said Rajesh Gopinath, CEO and MD, TCS adding that his company has a robust pipeline of deals across markets and industries.

On the proposed changes to the H-1B visa program in US that would increase cost for IT firms, Mr Gopinath said, “We are competitive and as long as the regimes are broadly equal for everyone we don't see our relative competitiveness actually going down”.