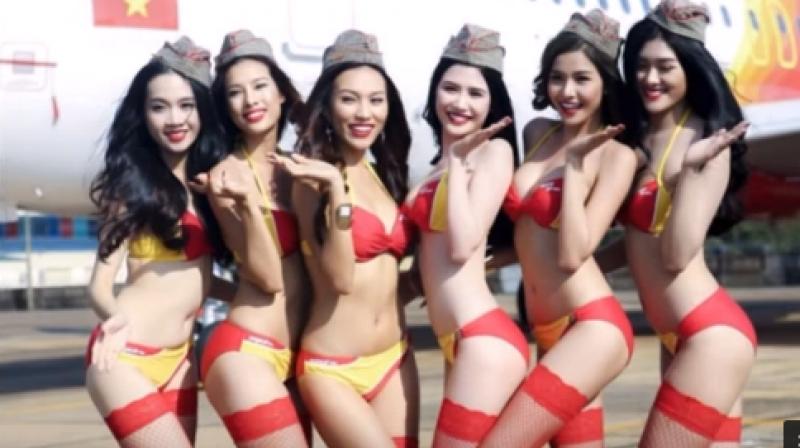 The airline will operate four flights every week starting in July this year. (Photo: YouTube)

The budget airline had announced it’s plan to connect India at the Vietnam–India Business Forum on the occasion of the 45th anniversary of India-Vietnam diplomatic relationship.

It has started its first commercial flights in December 2011 but due to its bikini clad air hostesses gained popularity in no time and became the country's second-largest airline.

Vietjet has made headlines in the past with its controversial use of bikini-clad flight attendants, pilots and risque marketing campaigns. The airline also publishes an annual calendar featuring bikini-clad models and ground staff.

According to a Reuters report, the company, has a fleet of 55 A320 and A321 aircraft, now operates 385 flights on 82 domestic and international routes.

The CAPA Centre for Aviation has said that VietJet, which currently commands 40 per cent of Vietnam’s domestic market, will likely become the country’s biggest domestic carrier.