The carrier was promoted by Vijay Mallya, who is wanted by Indian authorities in loan defaultcases. 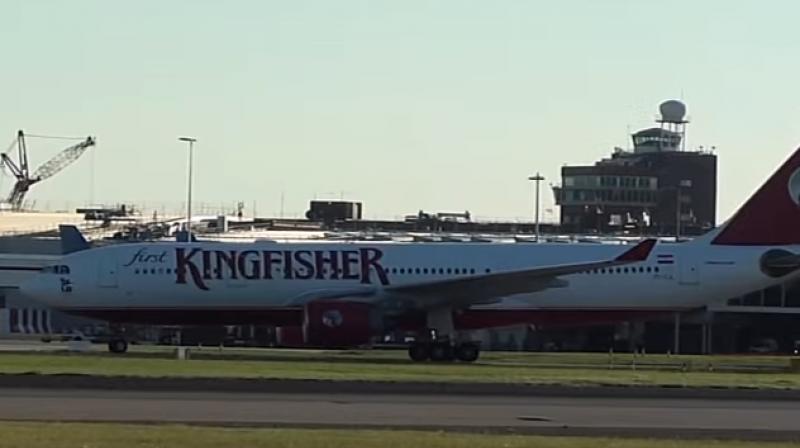 New Delhi: The Airports Authority of India(AAI) should carry out a probe into how the defunct Kingfisher Airlines was allowed to accumulate dues worth nearly Rs 295 crore, a Parliamentary panel has said.

Making the recommendation, the panel said AAI allowed the accumulation of dues to such a high level in violation of all the existing rules and procedures in practice. Bogged down by financial woes, Kingfisher Airlines was closed down in 2012. The carrier was promoted by businessman Vijay Mallya, who is wanted by Indian authorities in loan default and other cases.

At the end of December 2016, the airline owed dues worth Rs 294.69 crore to the AAI and the amount has been written off. The national airports operator has also filed a legal

suit against the carrier to recover the dues.

The recommendation has been made by the Department-related Parliamentary Standing Committee on Transport, Tourism and Culture in its report tabled in Parliament on March 17. The report is on the Demand for Grants (2017-18) of the Ministry of Civil Aviation.

The panel has recommended that AAI may conduct an internal inquiry to "fix the responsibility of AAI officials for the accumulation of dues by Kingfisher Airlines". Stressing that the AAI should be cautious in future to ensure that "no individual stakeholder/airlines is accumulating such high levels of dues", the panel has called for strengthening of the system and procedures to prevent recurrence of such instances.

The committee also said "it may be intimated about the outcome of the internal inquiry". At the end of December 2016, outstanding dues to AAI from various entities, including airlines, stood at Rs 4,579.57 crore.

Expressing concern over the total dues to AAI, the panel said "consistent steps should be taken" by it to recover the outstanding amount. "AAI... has to be actively helped by the Ministry of Civil Aviation in this regard by taking it up with the defaulting organisations and Ministries including legal recourse," the report noted.