Former CFO of Infosys, T V Mohandas Pai added such 'exaggerated' reports are based on a few events. 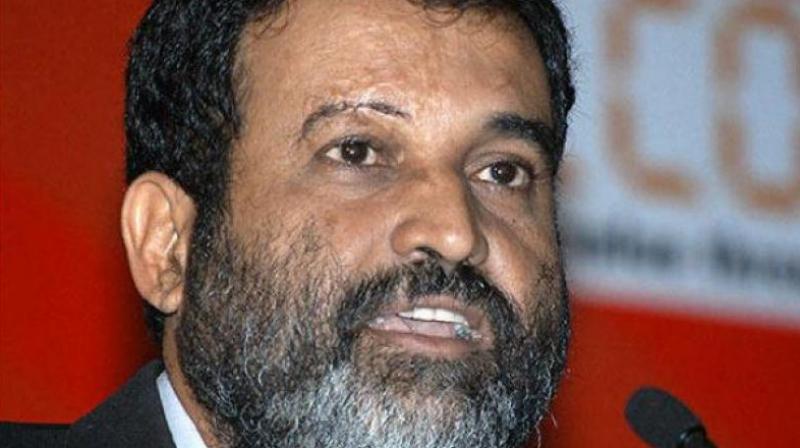 Hyderabad: The reports of job insecurity leading to high levels of anxiety and depression among information technology professionals in India are baseless and exaggerated as there are no large scale layoffs, says a senior figure in the IT industry.

Former Chief Financial Officer of Infosys, T V Mohandas Pai said such "exaggerated" reports are based on a few events and there are attempts to blow them up.

"Just like earlier reports of layoffs, it's (reports of anxiety and depression) totally exaggerated, fear mongering etc," he told PTI.

"Yes, some people have anxiety, based upon all the media hype. But there is no substance to the (reports of) anxiety as there are no large-scale layoffs. The number speaks for itself," said Pai, who had also served as the human resources head at the Bengaluru-headquartered company.

The reports in a section of the press last week suggested that there has been an increasing deterioration of mental wellness among professionals due to job insecurities and they are undergoing issues such as anxiety and depression.

Pai dismissed as "total rubbish and total lie" the forecast that nearly six lakh jobs are expected to be slashed in the next three years.

"One quarter is over and we are in the midst of the second quarter. The two big companies (TCS and Infosys) have given their results. There are no layoffs in these companies," he noted, adding that the utilisation rates at these companies
were also at a historic high.

"I think this (large-scale layoffs and anxiety and depression among IT employees) is all a lie spread by somebody to get publicity and create anxiety and drum up business for them," Pai said.

The chairman of Manipal Global Education Services and Aarin Capital pointed out that Infosys had an attrition rate of 21 per cent, which suggests that people are still leaving good companies for better salary, and there is no dearth of jobs for skilled manpower.

"If somebody has not worked, if somebody is surplus (for a company), and asked to go, they can always go to the next shop and get a job. Eighty five per cent of the people who are asked to go get jobs within 90 days," Pai said.