Aditya Ghosh stepped down last year as there were differences with the promoters over fleet expansion. 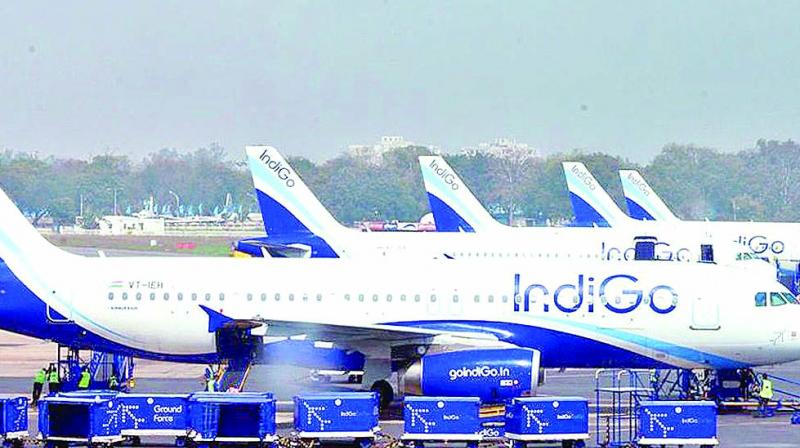 Co-founders Rahul Bhatia and Rakesh Gangwal hold 38.26 per cent and 36.69 per cent stake, respectively, along with their families.

Mumbai: The ongoing tussle between the promoters of Indigo has taken its toll on the stock as investors are worried about the eventual fate of the company’s expansion plans and growth.

The share price of InterGlobe Aviation, the parent of IndiGo Airlines, has reacted sharply to the development, plunging over 10.5 per cent this week.

According to sources, the difference between the co-founders cropped up over their divergent outlooks on IndiGo's expansion strategy.

The co-founders of IndiGo, Rahul Bhatia and Rakesh Gangwal, hold 38.26 per cent and 36.69 per cent stake in the airline, respectively, along with their families.

Last year, Indigo President and Wholetime Director Aditya Ghosh had stepped down as there were differences with the promoters over fleet expansion.

Just two months before this announcement, Gangwal had claimed to increase the airline's capacity by nearly 52 per cent to 250. On the other hand, questioning this, the Bhatia camp had reportedly raised the issue of "overcapacity" and "yield".

The trouble brewed further after Ghosh's exit and the appointment of foreign executives on key management posts, including Gregory Taylor as its CEO, industry sources said.

Most of these new appointees had worked with United Airlines earlier in their careers, just like Gangwal.

The promoters also have different strategies for IndiGo's international thrust, which is further widening their rift, although both believe that they can grab the space left by the grounding of Jet Airways.

Analysts were expecting that the airline could have exploited the space left vacant by Jet Airways. This could raise the airline’s yields as much as 5 percent, according to UBS estimates.

IndiGo has an order book of 530 aircraft but delivery for 359 aircraft is pending.

According to Paarth Gala of Prabhudas Lilladher, "IndiGo is likely operating on its most profitable routes in the country. It is safe to say that any incremental capacity deployed domestically shall be either less profitable or making an outright loss."