The rate cuts will help more people to realise their dream of having a home. 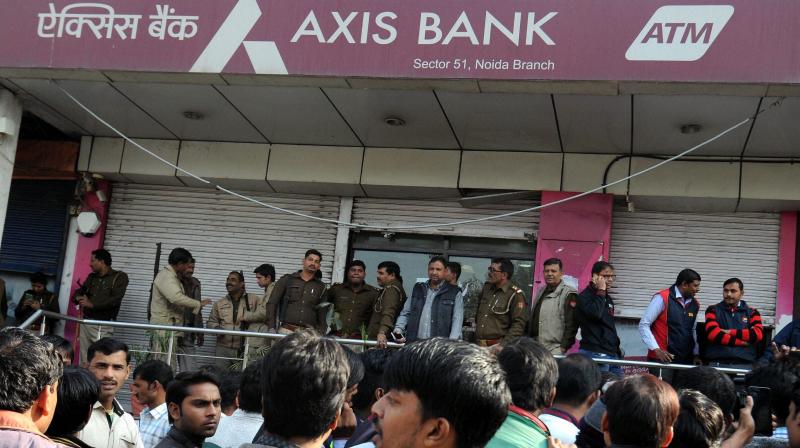 The moves comes a week after the country's largest lender SBI cut its rates by up to 0.25 per cent for loans of under Rs 30 lakh.

Mumbai: Taking a cue from its larger rivals, private sector lender Axis Bank today announced a rate cut of up to 0.30 per cent for home loan borrowers.

Under the new rates, which are effective from May 16, the rate of home loans under Rs 30 lakh by salaried borrowers has been cut by 0.30 per cent to 8.35 per cent, the bank said in a statement.

The moves comes a week after the country's largest lender SBI cut its rates by up to 0.25 per cent for loans of under Rs 30 lakh.

Others, including ICICI Bank and mortgage major HDFC, followed suit, taking their offering at par with SBI, where the lowest lending rate is at 8.35 per cent for women.

The Axis Bank statement did not make any specific reference to gender, which would effectively mean all salaried borrowers will be able to take home loans at 8.35 per cent. In other banks, women get an additional incentive of around 0.05 per cent for their borrowing as compared to other genders.

The rate cuts will help more people to realise their dream of having a home, he said. Retail drove the credit growth for the bank amid a tepid demand and slippages on the corporate side.

Within retail, home loans was the biggest growth segment. It can be noted that credit growth for the system came in at a multi-decade low of 5 per cent in FY17.

The huge jump in deposits after the demonetisation has resulted in a liquidity excess and left banks in a difficult position where it is saddled with liquidity but is unable to deploy it.