Brother siphoned money to guru to be named his successor: Malvinder

The siblings have turned their corporate empire to debt, and are still being zeroed upon by the creditors. 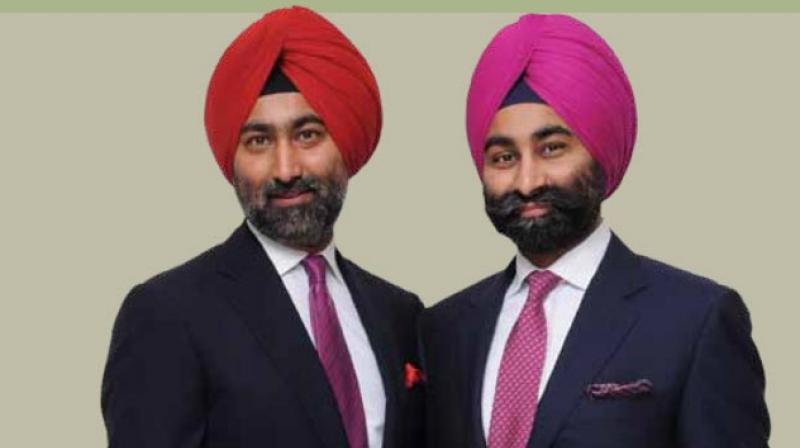 A Bloomberg investigation last year found a key reason for the reasons that tuned the company into debt that cost the Singhs their empire were loaned to the Dhillon family and property firms controlled by them. (Photo credit: fortishealthcare.com)

Ex-billionaire Malvinder Singh has recorded a criminal complaint blaming his younger brother of siphoning funds from their family holding company and falsely redirecting them to a famous spiritual master, NDTV reported.

The report stated, Shivinder Singh purportedly requested the holding company to procure debt-ridden firms which collectively loaned Rs 1,000 crore (USD 140 million) to the family and partners of their master, Gurinder Singh Dhillon, as per a complaint recorded to the Financial Offenses Wing of the Delhi police seen by Bloomberg. In exchange, the younger Singh was guaranteed he would succeed the guru as head of one of the country's most capable spiritual sects, agreeing to the document.

The former billionaire brothers fell out after one of India's most storied commerce families that once directed the nation's best drugmaker and second-largest hospital chain had collapsed. The kin have turned their corporate empire to debt, and are still being zeroed upon by the creditors. Meanwhile, the Securities and Trade Board of India (Sebi) and the Genuine Extortion Examination Office (SFIO) have opened investigations into wrongdoing at companies the brothers utilized to function.

The filing of a criminal complaint to police by a private person may not essentially cause in an investigation or charges being filed. Malvinder and Shivinder have declined to comment on the allegations within the criminal complaint. The brothers have previously denied any wrongdoing at their companies.

NDTV reported Dhillon's legal counselor and the secretary of his spiritual sect did not quickly answer to text messages looking for comment on behalf of the guru and his family individuals referenced within the allegations. A representative for the Delhi police couldn't instantly comment on the complaint.

The criminal complaint alleges that the 43-year-old Shivinder "begun" and "allowed” the siphoning and malfeasance of funds entrusted to him with the hidden motive of gaining extreme control of the seat of the spiritual head of the Radha Soami Satsang Beas", guaranteed to him by Dhillon. The spiritual sect, established nearly 130 years ago, has four million devotees around the world.

The report states Malvinder, 46, says the acquisitions of six debt-ridden companies by his brother were intentionally ‘treated’ as beneficial to the family's holding company whereas in reality they were valueless. Attempts to write off the guru's debts to these companies are further destroying the values of RHC Holding Pvt ltd., as per the complaint.

A Bloomberg investigation last year found a key reason for the reasons that tuned the company into debt that cost the Singhs their empire were loaned to the Dhillon family and property firms controlled by them. Dhillon has previously declined to comment on the matter, and a representative for the spiritual group has said that from 2011, the guru has denied to assist the Singhs with direction over their businesses due to ill health.

Dhillon, who succeeded the Singhs' maternal granddad as guru of the powerful sect, became something of a father figure to the brothers after their own died in the late 1990s. A few devotees of the sect, kept up on a sprawling commune along the river Beas in Punjab, call Dhillon a god in human frame. As near as half a million devotees at a time now and then assemble at the commune to listen his lessons on how meditation, vegetarianism and high ethical values can help one elude the cycle of death and rebirth.

The report further stated, in his criminal complaint, Malvinder claims Dhillon had threatened him to sign a settlement clearing the guru of any wrongdoing and going without from any legitimate or criminal activity against the spiritual pioneer. Malvinder charges Dhillon, through his legal counselor, told the head honcho he "would be eliminated by people from the Radha Soami Satsang Beas," if he did not acted as requested, according to the complaint.

The elder Singh claims he has recordings of these threats and is "fearful for his life."

Other than Shivinder and Dhillon, the complaint moreover names Dhillon's spouse, his two children, and four charged associates as references within the allegations.

The Singh brothers are being examined for siphoning cash from their public companies, counting Fortis Healthcare Ltd. Much of the Singhs' shareholding has been seized by banks, expressed the NDTV report.

The report further stated, in October the stock market regulator released preliminary results of its investigation, finding that the brothers had defrauded Fortis of Rs 400 crore and ordered them to return it. The regulator has said the investigation is running and hasn't indicated when final results will be declared.

A spokesman for the Singh brothers has previously refused to speak on the finding and order by the stock market regulator.

Three of the shell companies the controller distinguished as beneficiaries of credits from Fortis that were eventually coordinated towards the Singhs have too been named by Malvinder as moneylenders to the Dhillon family and his partners.

The complaint comes after the brothers' mother mediated a peace and persuaded Shivinder in September to take back a lawsuit against his elder sibling that alleged "oppression and mismanagement."