Here are some key facts about Kochi Metro

Kochi Metro is India's first metro project for a tier II city that will run 14 km in phase I. 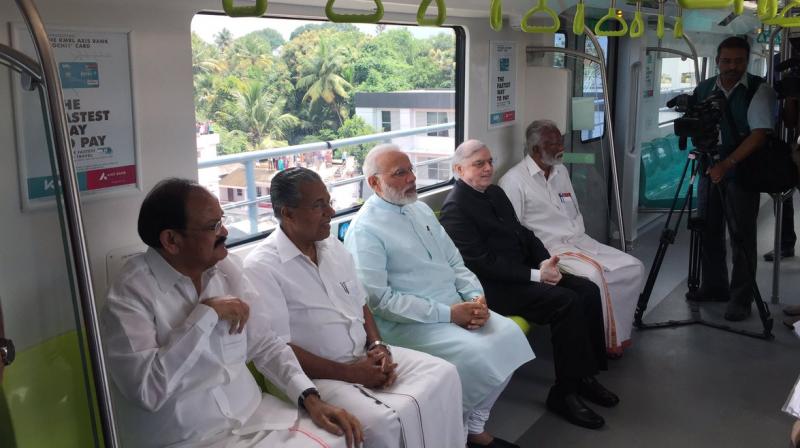 Prime Minister's Office in a series of tweet described the metro service and dedicated it to the nation. "Futuristic infrastructure that will contribute to India's growth," PMOIndia said. Following are excerpts from PM's speech:

-- Kochi, the queen of Arabian Sea was once an important spice trading centre. Today it is known as the commercial capital of Kerala.

-- Kochi Metro Rail Limited is a 50-50 Joint Venture of govt of India and govt of Kerala. Union government has so far released over Rs 2,000 crore.

-- The coaches reflect “Make in India” vision. They have been built by Alstom near Chennai, and have an Indian component of around 70 per cent.

-- Over the last three years, my Government has placed special focus on overall infrastructure development of the nation.

-- We are also focusing on next generation infrastructure, which includes logistics, digital and gas.

-- There is need to bring about a paradigm shift in urban planning by adopting a people-centric approach & integrating land-use & transport.

-- Kochi was selected as a Smart City in Round 1 of the challenge in January 2016. I hope it will do even better in the days to come.