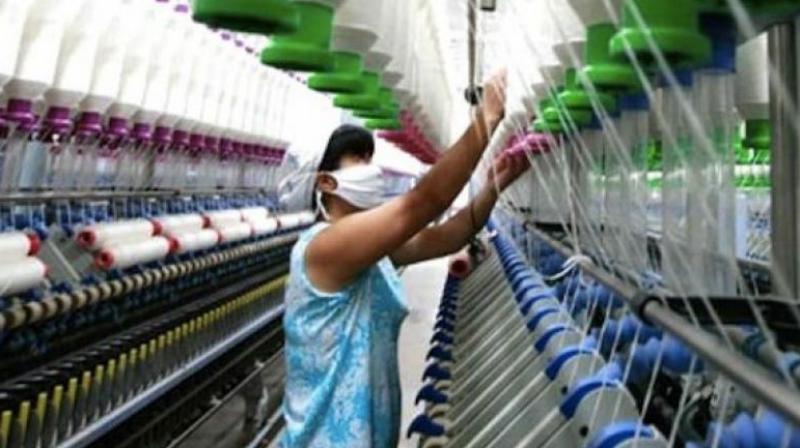 New Delhi: The country's textiles exports dipped by about 4.5 per cent to USD 26 billion during April-December of this fiscal.

"The exports of textiles during 2016-17 (April-December) were USD 26 billion compared to USD 27.2 billion during 2015-16 (April-December)," Minister of State for Textiles Ajay Tamta said today in a written reply to the Rajya Sabha.

He also said that during the three quarters of this fiscal, the total production of man-made fibre stood at 1,037 million kg while spun yarn production was 4,254 million kg.

In a separate reply, he said that in order to develop the textiles industry and infrastructure, the government has implemented various schemes such as technology upgradation fund scheme and the one for integrated textiles parks, among others.