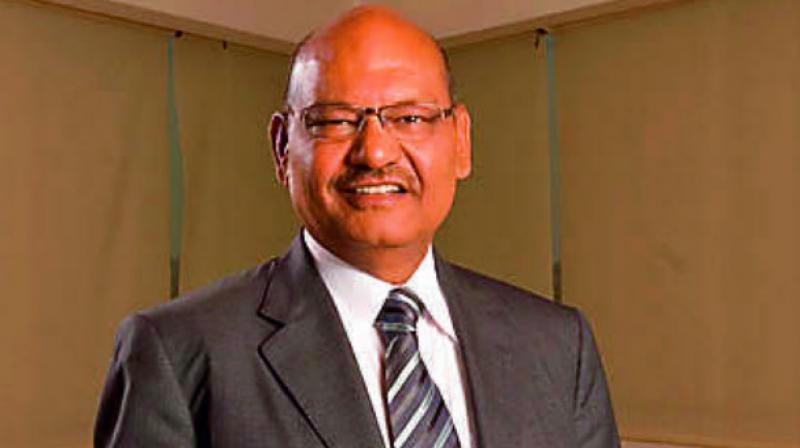 Last year, Anglo American's shares gained nearly 300 percent, making it the best performer on the London FTSE as the mining industry recovered from a slump in commodity prices in 2015 and early 2016.

Agarwal, who has majority control of Hindustan Zinc Ltd (HZNC.NS) through Vedanta Ltd (VDAN.NS) (VED.L), will make the investment via his family trust Volcan Holdings rather than Vedanta, Volcan said in a statement on Wednesday.

Anglo, which has a market value of around £16.6 billion, refused to comment. It has also declined to comment on reports it has rebuffed previous approaches for a tie-up with Agarwal's Hindustan Zinc.

The announcement of Agarwal's plans said neither Volcan nor Vedanta intended to make an offer for Anglo American.

An executive briefed on the matter said the purchase would be a passive investment and Agarwal would not be seeking a board seat at Anglo American.

Christopher LaFemina, analyst at Jefferies, said the mining sector, which spent last year putting its balance sheets in order, might be making an early return to M&A activity. Many had not expected that until next year.

"Our expectation has been that the mining sector recovery would comprise three separate phases," LaFemina said, referring to balance sheet recovery, then improved cash flow and finally M&A. "It is possible that Phase 3 is beginning now."

Agarwal, who has four decades of experience as an entrepreneur, founded the Vedanta Group in 1979. It has copper operations in Zambia and a zinc mine in South Africa, Anglo American's heartland.

One industry source who has worked with Agarwal in the past, speaking on condition of anonymity, said he had been looking at Anglo American for at least five years.

"His dream is to have Vedanta as one of the big diversified miners at some point," the source said.

Another source connected to the transaction said Agarwal was limiting any risk by using a convertible bond rather than cash to finance the deal. The mandatory exchangeable bond for 2 billion pounds is due in 2020 and is led by J.P. Morgan. (JPM.N)

Volcan will issue the bond to fund the share purchase and it will be secured by the purchased shares.

The structure of the bond limits any downside, the sources said, adding the advantage of buying into Anglo American, whose portfolio includes diamonds and platinum, was to diversify Agarwal's holdings.

"This is an attractive investment for our family trust ... I am delighted to become a shareholder in Anglo American plc," Agarwal said in Wednesday's statement.
Anglo American dwarfs Vedanta, which has a market capital of around 2 billion pounds.

Some analysts see Agarwal's move as a new attempt to fulfil his ambition to have a major footing in South Africa as well as in his native India, a goal he has aired in the Indian press.

"From a strategic point of view, some kind of deal could potentially hand Anglo a solution to their problem of perceived 'overweighting' towards South Africa," said Paul Gait, an analyst at Bernstein.