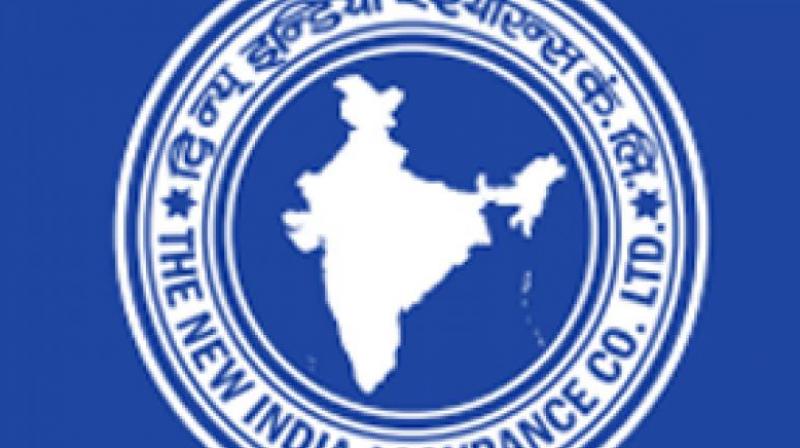 The company on Wednesday reported that its net profit for the September quarter stood at Rs 748.27 crore.

New Delhi: Shares of state-owned New India Assurance on Thursday went up as much as 3 per cent to touch an early high of Rs 703 as the company posted robust September quarter earnings.

The company on Wednesday reported that its net profit for the September quarter stood at Rs 748.27 crore. Its net was Rs 260.24 crore in the same quarter of 2016-17, but the numbers are not strictly comparable as the company was not listed last year.

"The earnings have improved substantially due to drop in claims ratio and operating expenses ratio due to various steps taken by the company in the past few months. We've been increasing business without adding to the cost," New India Assurance Chairman G Srinivasan told reporters.

Going forward, he said the company is planning to retain its market leadership and grow in line with the market. The general insurance market is growing at 18 per cent. He indicated that motor will continue to be its biggest segment, followed by health and crop.

The largest general insurer went public earlier this month, raising Rs 9,600 crore, much lower than over Rs 11,000 crore initially planned. But this still is the biggest IPO since the Rs 15,000-crore Coal India issue of October 2012.

But the company had a tepid market debut this Monday, with the scrip getting listed at Rs 748.90 on the BSE, a discount of 6.4 per cent over its issue price of Rs 800. The market also bled that day with over 1 per cent fall.