Current recovery factors of ONGC and Oil India for crude oil are as low as 27 per cent and 23 per cent. 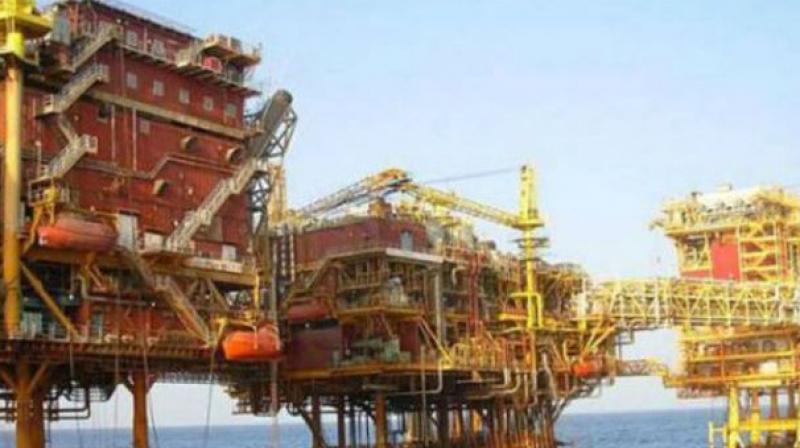 ONGC to avoid slippages in domestic output derailing target of cutting import reliance by 10 per cent by 2022. (Representational Image)

New Delhi: The Oil Ministry has intensified monitoring of oil and gas fields of state-owned firms like ONGC to avoid slippages in domestic output derailing the target of cutting import reliance by 10 per cent by 2022.

In March 2015, Prime Minister Narendra Modi had called for cutting India's dependence on imports to meet oil needs by 10 per cent by 2022, from 77 per cent then.

However, India's import dependence has since only risen to 81 per cent. While output as well as investments by private firms have all but dried up, Oil Minister Dharmendra Pradhan sees raising production from fields given to state-run firms on nomination basis, or without bidding, as key to achieving the target.

On May 25, the ministry offered all-powerful review committees headed by its upstream technical arm DGH, to monitor performance of ONGC and Oil India, and having powers to relinquish any oil and gas field for auctioning to private firms.

The panels will review from annual work programme and budget to declaration of a discovery as commercial as also reservoir and production performance, monitoring of development activities and collaborations with other explorers.

DGH followed it up with a June 21 order asking NOCs to submit "at the end of each day, data relating to Daily Production for each field" as well as on second day of every month "the provisional Production Data for the preceding month" and "the Reconciled Monthly Production Data for each month on or before the tenth day of the following month."

In a July 11 order, it asked the NOCs to reservoir production and performance data on a half-yearly basis and in-place reserves in each of the fields on a yearly basis.

Besides seeking all technical data on reservoir performance, it asked NOCs to immediately notify any discovery and detailed timelines for subsequent processes like declaring a find commercially viable and submission of a field development plan.

"If the NOC declares the discovery a commercial discovery, then within 200 days (for oil) and 365 days (for gas), the NOC shall submit to DGH for the purpose of review and advice by the Review Committee, a comprehensive Field Development Plan (FDP)/Feasibility Report (FR)," the July 11 order said.

For previous discoveries, it wanted a quarterly status report. ONGC produced 86 per cent of its 26.13 million tonnes of crude oil in 2016-17 fiscal from fields given to it on nomination basis.

Natural gas production from nomination fields accounted for 93 per cent of the total output of 25.34 billion cubic meters. Pradhan had at an industry event last month stated that oil recovery from reservoirs internationally is 35-40 per cent and that for gas is 55-70 per cent.