WeWork, valued at about USD 47 billion in a series of private fundraisings, filed paperwork in April. 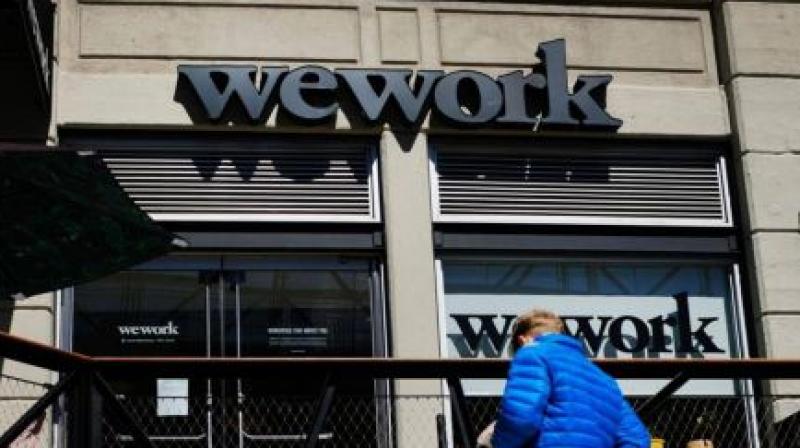 WeWork is at the forefront of a structural shift in how real estate is bought, leased and consumed that will leave behind the landlords and investors who ignore the disruption. (Photo: AFP)

New York: The We Company, parent of workspace provider WeWork, said on Wednesday it has created a USD 2.9 billion real estate investment platform with funding from one of Canada’s largest pension funds, building on ties with private equity firm the Rhone Group.

WeWork, founded in 2010, is now New York’s largest tenant as it leases space from landlords to clients ranging from startups to Fortune 500 companies on a short-term basis.

WeWork is at the forefront of a structural shift in how real estate is bought, leased and consumed that will leave behind the landlords and investors who ignore the disruption, said Jonathan Pearce, and executive vice president at Ivanhoe Cambridge.

WeWork and other flexible workspace providers are creating a new marketplace for real estate and reducing the industry’s multiple inefficiencies, he said.

“We don’t think this is a fad,” Pearce said in an interview. “Every single aspect of the business is going to change.”

ARK marks an evolution in the real estate investment strategy of The We Company, it said in a statement, and will build on an investment advisory group, WeWork Property Advisors, that was established between Rhone and WeWork in 2017.

ARK will be chaired by Steven Langman, a Rhone co-founder and a board director of The We Company, which will own the majority of the newly formed venture with USD 2.9 billion in equity.

The venture adds another dimension to WeWork that does not compromise the company’s balance sheet, said spokesman Dominic McMullan.

ARK will focus on acquiring, developing and managing properties in gateway cities around the world and high-growth secondary cities that will benefit from WeWork’s tenant base, it said in the statement.

WeWork, valued at about USD 47 billion in a series of private fundraisings, filed paperwork in April for what could be the largest initial public offering this year after ride-hailing firm Uber Technologies Inc went public last week.