Apex court has asked RCom group to pay Rs 453 crore in four weeks, by March 19, failing which Ambani will have to go to jail. 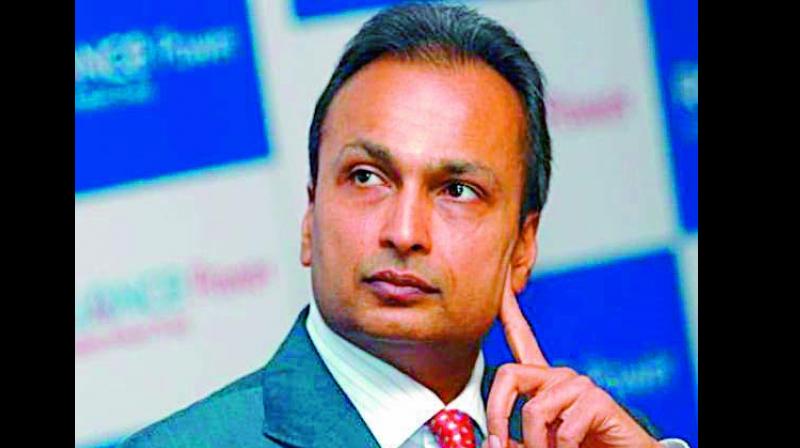 Reliance Communications has filed an appeal before NCLAT to direct SBI to release income tax refund of Rs 259.22 crore.

New Delhi: Just days ahead of the expiry of the Supreme Court deadline to Anil Ambani to pay Ericsson dues, the NCLAT on Friday refused to direct State Bank of India to release Rs 259 crore of income tax refund for making such payment, saying it does not has jurisdiction to do that.

The apex court has asked RCom group to pay Rs 453 crore in four weeks, by March 19, failing which Ambani will have to go to jail.

"... in an appeal filed under Section 61 of the 'I&B Code' (insolvency and bankruptcy code), no direction can be given to any party to the settlement (particularly the third party) to perform certain duties to ensure settlement between other parties," NCLAT bench of Chairman Justice S J Mukhopadhyaya and member (Judicial) Justice Bansi Lal Bhat said.

It said that since the case in this regard is also before the apex court, the NCLAT is "not vacating the interim order dated 30th May 2018, nor passing any direction to refund any amount to anyone or other party, till some order is passed by the Hon'ble Supreme Court".

However, if appeals before NCLAT are rejected then lenders and creditors, including Ericsson, will have to return the total amount in the account of RCom for further proceedings.

Reliance Communications has filed an appeal before NCLAT to direct SBI to release income tax refund of Rs 259.22 crore that the company has received in trust and retentionship account which is held at the public sector bank. SBI and other lenders to RCom had opposed the move.

RCom lawyer Kapil Sibal during the hearing of the case had said that the company will borrow rest of the amount from banks to make payment of Rs 453 crore to Ericsson. RCom has already paid Rs 118 crore to Ericsson.