Government divests its stake by taking the entire proceeds from sale of shares cross held by oil PSUs. 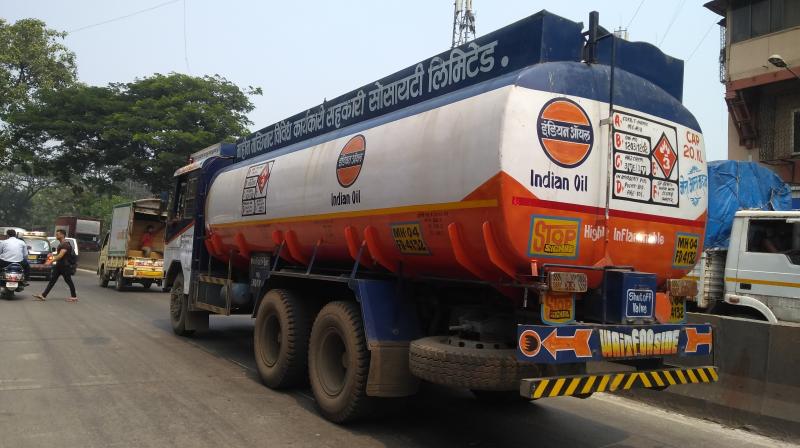 New Delhi: The government proposes to end the cross-holding structure existing in the oil sector as it looks to further consolidate operations of public sector enterprises. The Centre aims at creating two or three large entities with integrated operations across oil exploration, refining and marketing.

In the process, it would also dilute its stake further in some of the oil PSUs and mobilise the much-needed resources required for additional spending towards welfare schemes ahead of 2019 general elections.

Estimates suggest that if the government divests its stake by taking the entire proceeds from sale of shares cross held by oil PSUs, it could mobilise upwards of Rs 40,000-Rs 50,000 crore.

Sources said that as part of the exercise, Oil and Natural Gas Corporation of India (ONGC) (which acquired entire government holding in refiner HPCL earlier this year) has already been told to exit from its investments in oil refiner and marketer Indian Oil Corporation (IOC) and gas transportation utility GAIL India, while the other two would also sell all their equity in the upstream company.

Similarly, Bharat Petroleum Corporation (BPCL) may exit from its investment in Oil India (OIL) at a later stage once a decision is taken to consolidate its operations by merging OIL with itself. In that scenario, OIL may also offload its stake in IOC to prevent conflict of interest. Hindustan Petroleum Corporation (HPCL) would also need to sell its 2.36 per cent stake in OIL subsequently, sources said.

“Each oil PSU has to take a call when the time is right to offload stakes held in others as cross-holding investments are dividend paying and exits should only be made at the right value. The market conditions currently seem too volatile for this exercise. But hopefully towards to the end of the year or early next year a call may be taken,” said a top official of a PSU oil company.

The government wants to end cross-holding in the oil sector as its consolidation roadmap would create two to three large integrated entities. This would create a situation where cross-holding could be seen as anti-competitive and aid conflict of interest.

Some of the cross-holding investment has been extremely valuable for investing entity. Like, ONGC got over Rs 3,000 crore in dividend income from investments in IOC and GAIL in 2017-18 financial year. In fact, the company is using all its surplus income to pay off Rs 24,881 crore loan it had taken to buy government's 51.11 per cent stake Hindustan Petroleum Corporation Ltd (HPCL) for Rs 36,915 crore.

Initially, ONGC considered selling its stake in IOC and GAIL to fund the acquisition, but it has never found the right price to offload the shares.

It’s not that companies have made major gains from cross holdings. In fact, with volatility in the oil market and governments decision to seek OMCs to take up some burden to soften the rise in petrol and diesel prices have taken a toll on OMC shares and has thus reduced the value of ONGC’s investments in them. According to a recent report of Moody’s Investors Service, the value of the oil companies' cross shareholding fell by Rs 31,800 crore since 1 April 2018. ONGC alone lost Rs 24,300 crore from its investments in other PSUs.