BSNL has written to the govt to extend validity of its cellular licence and spectrum for two more years till 2022. 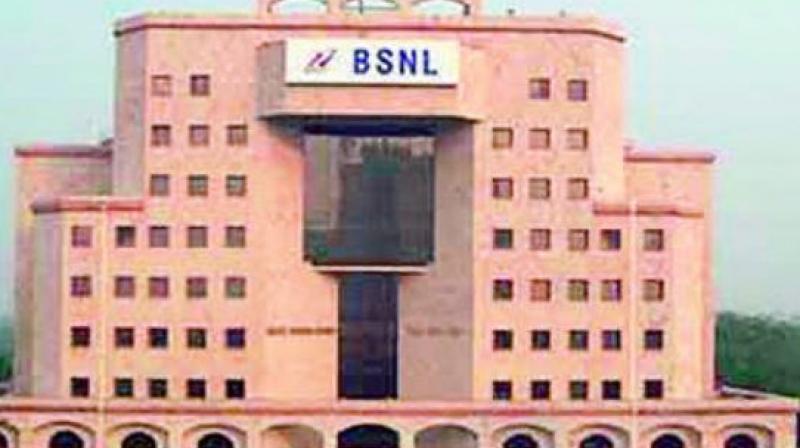 BSNL operates telephony services across India except two circles of Mumbai and Delhi.

New Delhi: After MTNL, state-owned Bharat Sanchar Nigam Ltd (BSNL) has written to the government to extend the validity of its cellular licence and spectrum for two more years till 2022, according to a top official.

"We were given licence in 2000 subject to finalisation of terms and conditions by licensor on recommendations of TRAI, and the first rollout was done in 2002. Therefore, the licence's effective date should be from 2002 for a period of 20 years...that is, up to 2022," BSNL Chairman Anupam Shrivastava told PTI.

He said BSNL's request for extension pertains to all its circles. As of now, the licence is valid until 2020. BSNL operates telephony services across India except two circles of Mumbai and Delhi. Its mobile subscriber base is close to 10 crore and it has a market share of 8.7 per cent.

When BSNL took over the business of the then Departments of Telecom Services (DTS) and Telecom Operations (DTO) way back in 2000, the government gave the telecom corporation permission to provide all types of Telegraph services that were being offered by the two erstwhile departments.

DTS had the permit for technology neutral cellular services but had not started providing mobile operations. Further, the terms and conditions of the licence were to be outlined in due course after the recommendations from the Telecom Regulatory Authority of India (TRAI).

"...the licence/permission granted to erstwhile DTS on February 29, 2000 were letter of intent to be converted into licence, subject to fulfilment of conditions precedent, viz finalisation of terms and conditions by licensor on recommendations of TRAI and obtaining separate licences for utilisation of spectrum from WPC etc which finally could get converted into licence only on March 21, 2003," BSNL said in a letter to the Telecom Department.

WPC is Communications Ministry's Wireless Planning and Coordination wing. Shrivastava further said the telecom corporation wrote to Department of Telecom last month and is yet to hear on the issue.

In June this year, MTNL, which operates telephony services in Delhi and Mumbai also approached the government to extend the validity of its mobile licence by two years till 2021, at no extra cost.

MTNL had argued that its mobile licence for the two service areas remained underused in the first four years of the permit's lifespan, for various reasons.