Poultry company profits should continue to rise as raw material costs are set to remain depressed. 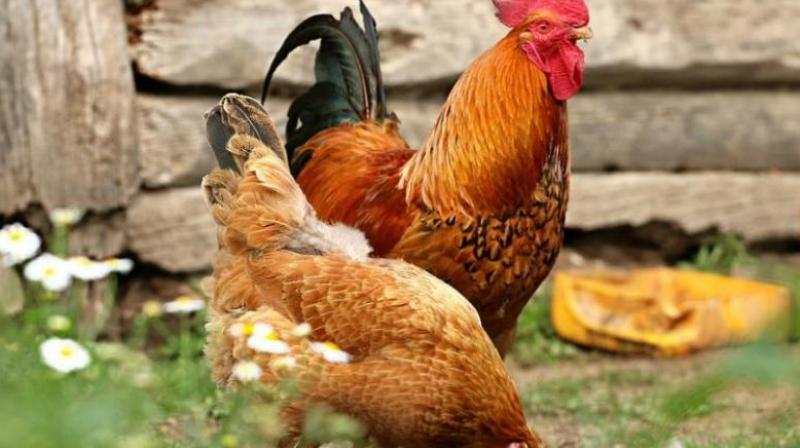 Mumbai: India's poultry producers are posting record profits as feed costs have dropped to a five-year low and on rising chicken demand after cattle slaughtering restrictions were enacted in the majority Hindu country.

Poultry company profits should continue to rise as raw material costs are set to remain depressed and demand rises due to the political fight over cattle slaughtering in India, home to the world's biggest population of Hindus, who hold cows to be sacred, plays out in the courts.

On May 31, the Madras High Court in the southern state of Tamil Nadu overturned a government ban on cattle trading for slaughter, an industry dominated by Muslims, but the case is set to go before the Supreme Court.

The cattle restrictions have been good for poultry producers as average broiler chicken prices in Mumbai have jumped 47 percent so far in 2017 to 100 rupees ($1.55) a kg, while corn and soymeal prices, the main chicken feed ingredients, have fallen 7 percent and 2 percent respectively.

"For the first time, broiler prices sustained above 100 rupees (per kg) for a fortnight," said Uddhav Ahire, the chairman of leading poultry firm Anand Agro Group based in the western city of Pune. "The average margin of integrated poultry firms was more than 30 rupees."

Usually soymeal and corn rise during the summer as supplies drop, but this year bumper harvests and sluggish exports have kept prices in check, Ahire said.

Feed typically makes up two-thirds of poultry production costs. Back-to-back droughts that crimped grain output in India in 2014 and 2015 pressured the poultry farmers but that has changed.

Shares of Venky's Ltd, India's biggest poultry producer, shot to a record high on Thursday after the company reported net profit more than doubled during the quarter that ended in March and full-year profit was a record 1.25 billion rupees.

Poultry profits may be even higher in the June quarter on the rising average chicken prices, said Prasanna Pedgaonkar, general manager at Venky's, which is also the owner of Blackburn Rovers Football Club in Britain.

Venky's profit during the next fiscal year could rise by 32 percent to 1.652 billion rupees, estimates Shalini Gupta, an analyst with Quantum Securities.

Feed costs should remain lower as ample monsoon rains lifted corn and soybean production in 2016/17. But farmers are also struggling to export crop surpluses as the rupee has appreciated and grain and soymeal values are pressured by a global glut.

"In December we were exporting more than 300,000 tonnes, but now shipping 100,000 tonnes per month is a challenge," said Davish Jain, chairman of the Soybean Processors Association of India.

Chicken demand has risen because of the cattle restrictions, especially in northern states where Muslims are a large minority, says Ahire of Anand Agro.

Prime Minister Narendra Modi leads the Hindu nationalist Bharatiya Janata Party. In May, after state elections bolstered his power base, the government handed down the cattle restrictions.