A two-member bench of NCLT headed by its Chairman Justice M M Kumar on Friday allowed Shivinder to withdraw his plea. 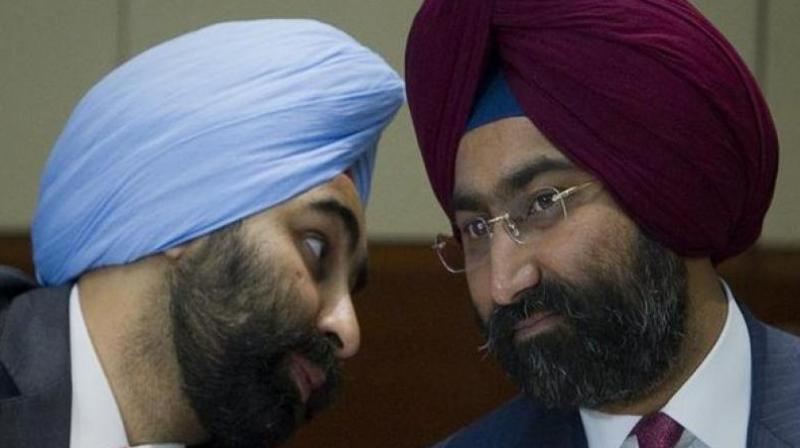 Shivinder had earlier this month filed an application before the Delhi bench of the National Company Law Tribunal (NCLT) alleging that collective and ongoing actions of Malvinder and Godhwani led to a systemic undermining of the interests of the companies and their shareholders.

A two-member bench of NCLT headed by its Chairman Justice M M Kumar on Friday allowed Shivinder to withdraw his plea.

However, a counsel for Religare Enterprises, which was also a respondent in the case, said there were allegations against the company of siphoning off funds by the Singh brothers.

"We want to recover that amount from them," said senior counsel Abhinav Vashistha appearing for Religare.

On this NCLT said:If you wish to initiate any proceedings, move a separate application.

Shivinder Thursday said he has decided to withdraw his petition in NCLT against Malvinder and Godhwani, as desired by his mother.

His plea in this regard in NCLT said: "Out of respect for their mother, the parties have already started mediation and as per the request of the mediators to constructively progress the mediation, the petitioners wish to withdraw the petition, without prejudice to their rights and contentions."

Passing an interim order over Shivinder's earlier plea, the principal bench of NCLT on September 6 directed to maintain status quo over the shareholdings and composition of RHC Holding board.

As on August 27, Malvinder and Shivinder were the promoters of Religare on behalf of PS Trust while RHC Finance and RHC Holding were the promoter groups, according to data available on bourses.

The tribunal had also issued notice to Malvinder along with Godhwani and other respondents over Shivinder's petition alleging "oppression and mismanagement" of RHC Holding.

It had also allowed both parties -- Shivinder and his wife Aditi Singh -- and other party Malvinder to inspect documents and take photocopies of the records of RHC Holding.