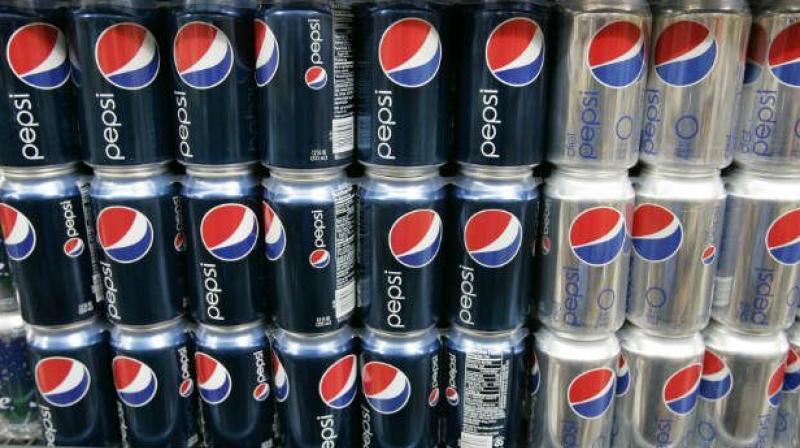 New Delhi: Global beverages and snacks major PepsiCo Inc witnessed a double-digit decline in its beverage sales in India in the 12-week period ended June 13 amid the coronavirus pandemic, according to the company's earnings statement.

The company said its snacks volume also witnessed double-digit decline in India during the said period.

"The COVID-19 pandemic contributed to a decrease in consumer demand, which had a negative impact on volume performance," PepsiCo said.

The company said its net revenue in AMESA region "decreased 1 per cent, primarily reflecting a net volume decline and a six-percentage-point impact of a prior-year refranchising of a portion of our beverage business in India, partially offset by a 13-percentage point impact of the Pioneer Foods acquisition. Net revenue was also negatively impacted by the COVID-19 pandemic".

Commenting on the company's overall performance, PepsiCo Inc Chairman and Chief Executive Ramon L  Laguarta said, "Despite being faced with significant challenges and complexities as a result of the COVID-19 pandemic, our businesses performed relatively well during the quarter, with a notable level of resiliency in our global snacks and foods business."

He said, "The months of March and April were particularly challenging as overall global economic growth was contracting and restrictions, closures and the resulting impact on consumer mobility had a significant effect on our performance."

However, the company saw an improvement in business performance and channel dynamics in May and June as population mobility increased after many economies gradually began to reopen both in the developed and developing markets, he added.

Stating that the environment has remained volatile and much uncertainty remains about the duration and long-term implications of the pandemic, he said, "As a result, we are not providing a financial outlook for fiscal year 2020 at this time."

PepsiCo said while its financial results in the US and Canada (North America) are reported on a 12-week basis, substantially all of its international operations report on a monthly calendar basis for which the months of March, April and May are reflected in its results for the 12 weeks ended June 13, 2020.

Last year in July, PepsiCo had announced a deal to acquire South Africa-based Pioneer Foods for around USD 1.7 billion.