Having shared the case with the Securities and Exchange Board of India and the Reserve Bank of India. 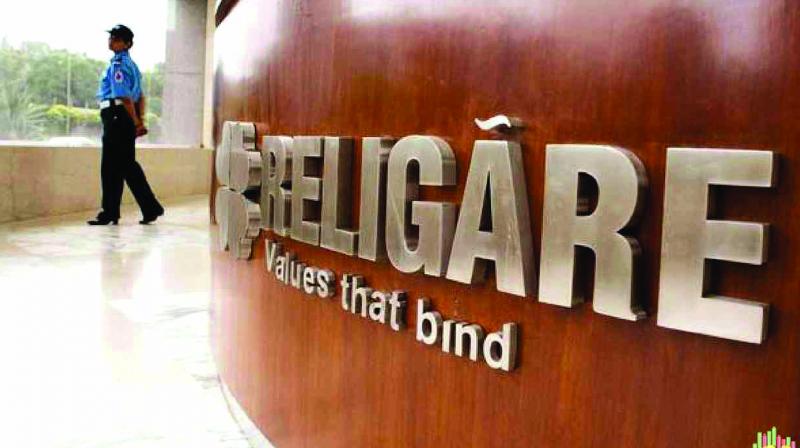 The Ministry of Corporate Affairs (MCA) has forwarded complaints against Religare Enterprises about shareholding norm violations to the financial regulators.

New Delhi: The Ministry of Corporate Affairs (MCA) has forwarded complaints against Religare Enterprises about shareholding norm violations to the financial regulators. Having shared the case with the Securities and Exchange Board of India and the Reserve Bank of India. The MCA is expected to take corrective action in the matter.

In a letter to the ministry, former chief of Religare Enterprises (REL) Sunil Godhwani, who is under lens, alleged that there was a conspiracy between the company’s current management and erstwhile promoters Malvinder Singh and Shivinder Singh, against him over some stake transfer issue.

Godhwani alleged that a group of investors in connivance with the Singhs and Shyam Maheshwari of SSG Capital have acquired a substantial stake in REL without making an open offer as per Sebi norms.

MCA is investigating the matter. “We have received the complaint from Godhwani in the first week of April this year and the investigation is on. The ministry is trying to reach a logical end on the company’s shareholding issue soon,” a source in the MCA told Financial Chronicle.

“The details of the complaint has been shared with all related financial regulators like Sebi and RBI and we will take all corrective actions after getting their reports in this matter,” the source said.

As far as the Godhwani’s allegation is concerned, in his letter to the MCA (a copy of which is available with FC), he alleged that Siddharth Mehta of Bay Capital, India Horizon Fund, IDBI Trustee Company, SSG Capital, Resilient India Growth Fund (SSG group firm) and others acquired more than 26 per cent holding in REL.

“Interestingly, Siddharth Mehta of Bay Capital was very much in connivance with erstwhile REL promoters – Malvinder Mohan Singh and Shivinder Mohan Singh — and Shyam Maheshwari of SSG Capital to acquire substantial stake in the company without giving a mandatory open offer as stipulated by the market regulator,” the letter said.

However, when contacted, the REL sources denied all allegations made by Godhwani.

As Bay Capital and its associate firms are significant minority shareholders of REL, Mehta was appointed Non-Executive Non-Independent Director of Religare Enterprises in February 2018.

REL and its subsidiary Religare Finvest (RFL) had filed a complaint against the Singh brothers and Godhwani under the Companies Act with the MCA in December 2018.

It also said that RFL had sanctioned loans to the companies, which were known to the brothers but was never repaid. The loans stand at Rs 2,397 crore, with Rs 415 crore.

“It is apparent that the price was deliberately battered down to Rs 52.50 per share from a high of Rs 250 per share. And the said price was reached upon taking into account the aspect of corporate loan book (CLB) which stood at about Rs 2,300 crore and the same was written off, as this was the money which was taken by the erstwhile promoters,” Godhwani alleged.