Petronet LNG Ltd has bought a 26 per cent stake in the shipping consortium that built biggest LNG ship. 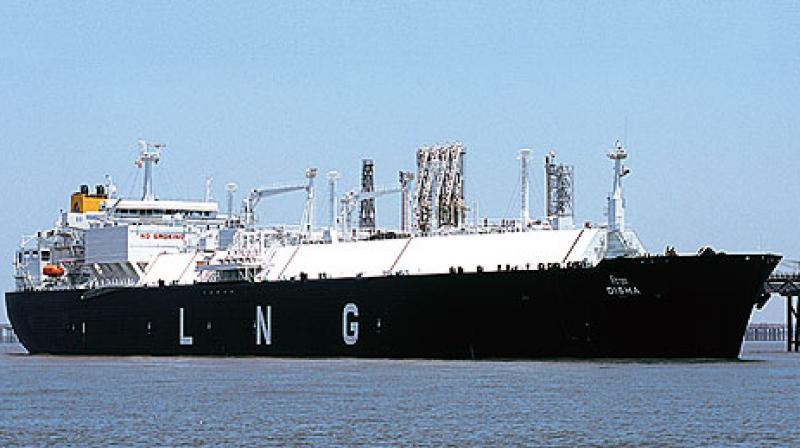 Singapore-headquartered India LNG Transport Co (No 4) is the firm that won the time-charter contract from Petronet and got the 173,000 cubic meter vessel built at Hyundai Heavy Industries Co Ltd's Ulsan shipyard in South Korea.

Petronet had in 2013 contracted Shipping Corp of India (SCI) and its Japanese partners to build and operate a 173,000 cubic meters capacity LNG ship. The LNG vessel, 'Prachi', was delivered in December last year. After sea trials, the ship has delivered the first cargo of LNG from Gorgon project in Australia to Petronet's Dahej import terminal in Gujarat.

Singapore-headquartered India LNG Transport Co (No 4) is the firm that won the time-charter contract from Petronet and got the 173,000 cubic meter vessel built at Hyundai Heavy Industries Co Ltd's Ulsan shipyard in South Korea.

Garg said agreements for Petronet taking the equity have been executed and the consideration paid. "It (the money paid) is less than Rs 100 crore," he said. After this, state-owned SCI holds 26 per cent and NYK Line of Japan hold 26 per cent stake each in the company, while 22 per cent is held by Mitsui OSK Line and K Line. 'Prachi' is the fourth LNG vessel to be hired by Petronet. The earlier three are all deployed for ferrying LNG from Qatar.

SCI, K Line, NYK Line and MOL consortium had won the tender by quoting the lowest charter hire of a little over USD 78,000 per day for 19 years for hauling LNG from Gorgon.

Teekay LNG Partners LP, the only other firm to put in a price bid, had quoted a charter hire rate of USD 79,200 per day. The consortium had also built the previous three vessels for Petronet as well. It in 2002 won a 25-year contract for two ships, 'Disha' and 'Rahi', by quoting the lowest day rate of USD 68,900 for each ship for transporting the cargo from Qatar, and a contract for the third vessel, 'Aseem', in 2006 at a day rate of USD 72,880.

"We did not take any equity in first two vessels but exercised our right and took 3 per cent in third (Assem),"  Garg said.

SCI, India's biggest ocean carrier, holds a 29.08 per cent stake each in 'Disha' and 'Rahi' and a 26 per cent stake in the third, 'Aseem'. Garg said all the four ship will be managed by SCI.