On Thursday, the shares of TCS soared close to 2 per cent on the BSE ahead of its results announcement. 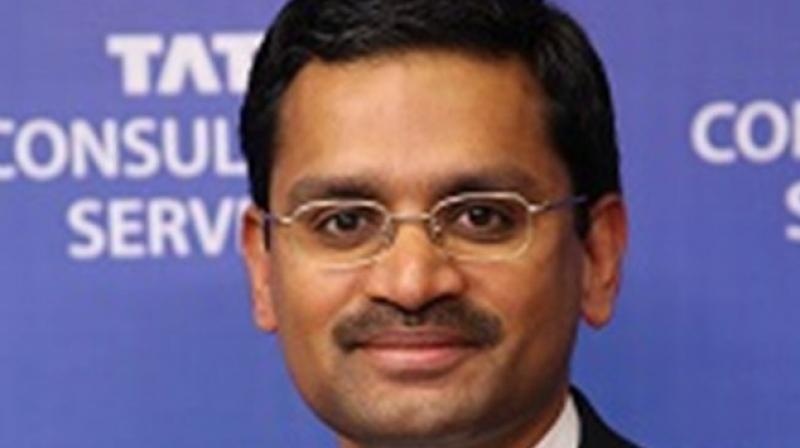 The company’s net profit for the July-September period stood at Rs 6,460 crore as compared to Rs 5,950 crore in April – June period.

However, when compared to the same period last year, its net profit dropped 2.1 per cent from Rs 6,603 crore.

With the exception of retail and communication & Media industries (CMI), all industry verticals grew above the company average led by travel & hospitality (up 8 per cent QoQ), energy & utilities (up 7.2 per cent) and life sciences and health care (up 3.6 per cent). On an year on year basis, the company said all industry verticals with the exception of BFSI and retail grew above 9.5 per cent.

Geography wise, the growth was led by Europe (up 5.3 per cent QoQ), Latin America (up 5.7 per cent), Asia Pacific (up 3 per cent) and UK (up 2.5 per cent. The company added that North America grew by just 1.4 per cent with continued softness in banking and retail.

The company’s total employee strength at the end of Q2 stood at 3,89,213 on a consolidated basis with gross addition of 15,868 employees and net addition of 3404 employees during the quarter. TCS hired 3725 employees outside India taking their total strength to 6979 in the first half of the fiscal year.

On Thursday, the shares of TCS soared close to 2 per cent on the BSE ahead of its results announcement.