The Tatas and Airtel on Thursday inked a plan wherein consumer businesses of the former will be acquired by the latter. 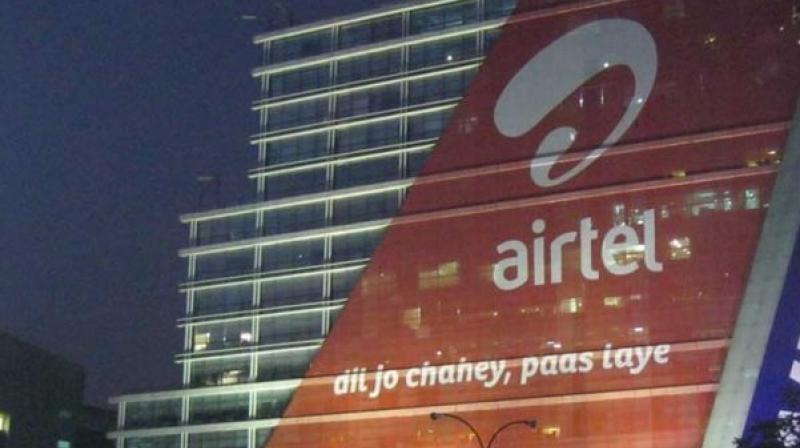 The Tata Tele-Bharti Airtel deal is positive for both the sides as it will help improve the largest telco's credit profile, said Fitch on Friday. (File Photo)

Mumbai: The Tata Tele-Bharti Airtel deal is positive for both the sides as it will help improve the largest telco's credit profile since its coming with no financial burden and minus any asset, said a report on Friday.

"Bharti's credit profile will improve slightly as it's paying no consideration for the operations, which it would acquire free of debt...benefits from additional spectrum, fibre assets and subscribers will more than offset the additional spectrum liabilities," said the report by Fitch.

The Tatas and Airtel on Thursday inked a plan wherein consumer businesses of the diversified conglomerate will be acquired by the largest telco on a 'no cash, no debt basis'.

The deal, which deepens consolidation in the fiercely competitive telecom sector, gives Bharti 42 million customers virtually free with spectrum licence in 19 of the 22 circles.

Fitch said the deal will help arrest the decline in Bharti's pretax profit and bolster its 4G spectrum portfolio and network position.

For Tata Telecom, it will be about exiting the consumer mobile segment, avoiding future investment requirements and potential further losses,it said, adding the headroom for Bharti's 'BBB-' rating improves slightly if the deal concludes in 2018, as leverage levels come down.

It said Bharti's earnings will decline by at least 5 per cent in FY18 due to intense price competition and lower mobile termination rates but the same will improve in FY19 with a growth of 3-5 per cent.

As part of the deal, Bharti will gain about 178.5 MHz of spectrum in the 850MHz, 1800MHz and 2100MHz bands in 17 the telecom coverage areas, the right to use Tata Telecom's extensive fibre network and 42 million subscribers that will add to its existing subscriber base of 281 million.

"Bharti will take over only a small part of Tata Tele's deferred spectrum liabilities of USD 1.5 billion. We do not expect the transaction to result in any other increase in debt at Bharti," it said.

The deal, which is subject to approvals from the telecom regulator, courts and anti-trust authorities, could be completed in the next 12 months, the agency said.

It can be noted that aggressive pricing launched by the cash-rich new entrant Reliance Jio has caused an upheaval in the market, which includes dent in profitability and consolidations. Vodafone and Idea, Bharti's immediate rivals, are also about to seal-off a merger.

"We expect that Jio tariffs will have to rise in the medium term if it is to earn an acceptable return on its significant investment," Fitch said.