Facebook's Nick Clegg said data-sharing across jurisdictions is more important than where that info is located physically. 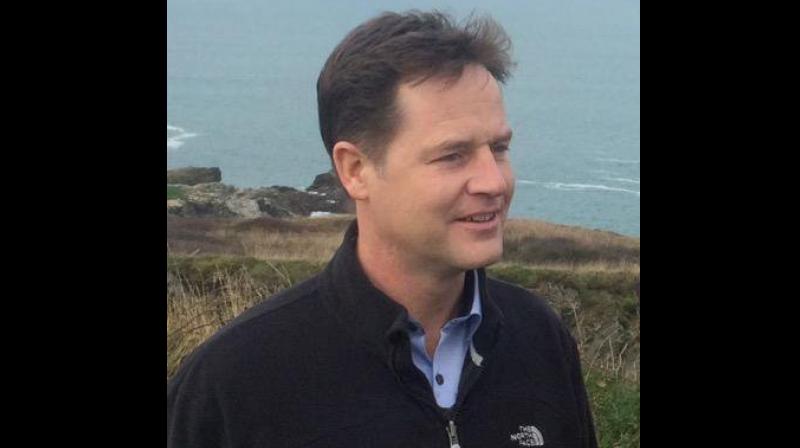 Terming India as a "huge market" for Facebook and its group companies, Nick Clegg said the US tech giant is "keen to make progress" on rolling out its payments services on WhatsApp.

Clegg, who is Facebook's vice-president (global affairs and communications), said the governments should engage in data sharing among themselves to ensure security of its citizens, and that such collaboration across jurisdiction is more important than the issue of physical location of data, per se.

Speaking with PTI, after the 45-minute meeting with the minister, Clegg said, "One of the things that came up (during the meeting) was that one of the effective ways that governments can cooperate with each other to keep their citizens safe is to enter into new agreements with each other to share data for security purposes."

Terming India as a "huge market" for Facebook and its group companies, Clegg said the US tech giant is "keen to make progress" on rolling out its payments services on WhatsApp.

WhatsApp payment service, which will compete with the likes of Paytm, Google Pay and PhonePe, is awaiting regulatory clearance in India, and the company had earlier said it hopes to roll out full-fledged services later this year.

Asked about his views on India's plans to mandate data localisation as also tighten rules for social media platforms, Clegg said data-sharing across jurisdictions is more important than where that information is located physically.

"It is more important how you share data across jurisdictions than where you physically locate it. If you want to use data particularly to make sure people are kept safe and, in our view, the fact that US Congress has allowed CLOUD (Clarifying Lawful Overseas Use of Data) Act which allows for agreements with Governments such as India for speedier and automatic data sharing...that is far more effective way of ensuring data is put to good use," he said.

Clegg, who is the former deputy prime minister of the UK, also met Home Minister Amit Shah earlier in the day. While the home ministry's official Twitter handle posted a picture from the meeting, it did not give details.

Countering Reliance Industries Chairman Mukesh Ambani's remark that "data is the new oil", Facebook on Thursday said countries like India should allow free flow of data across borders instead of attempting to hoard it as a finite commodity within national boundaries.

Mr Ambani, India's richest man, had said that "data is the new oil" as he stressed on the protection of Indian users' data generated through the use of internet as well as social media platforms. He said the country's data must be controlled and owned by Indian people and not by corporates, especially global corporations.

India should create a new template for the internet that "respects the rights of individuals to choose what happens to their data; one that encourages competition and innovation; and one that remains open and accessible for everyone," he said.

"There are many in India and around the world who think of data as the new oil - and that, like oil having a great reserve of it held within your national boundaries, will lead to surefire prosperity. But this analogy is mistaken," Mr Clegg said at an event here.

"Data isn't oil - a finite commodity to be owned and traded, pumped from the ground and burned in cars and factories. Of course, no analogy is perfect, but a better liquid to liken it to is water, with the global internet like a great border-less ocean of currents and tides," he said.

The value of data, he said, comes not from "hoarding it" or trading it like a finite commodity, but from allowing it to flow freely and encouraging the innovation that comes from that free flow of data - the algorithms and the services and the intelligence that can be built on top of it.

Mr Clegg said to contain data within geographical boundaries and restricting its flow outside the country would be to "turn this great ocean of innovation into a still lake."