Petronet CEO gets 12.5 per cent higher commission in FY 2018

Petronet is registered as a private limited company but is headed by the Oil Secretary. 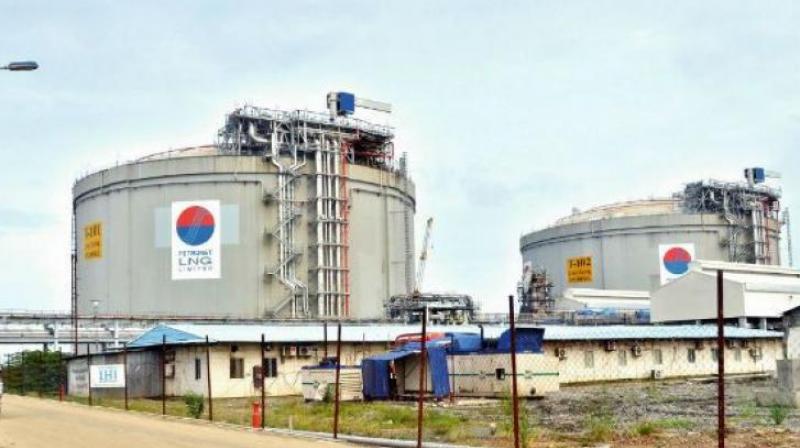 According to the company's Annual Report for 2017-18, Singh was paid a commission of Rs 22.50 lakh over and above his remuneration. This compared with Rs 20 lakh commission he got in the 2016-17 fiscal year.

Petronet Director (Technical) Rajender Singh earned a similar commission in both the years.

The commission to Prabhat Singh took his total remuneration to Rs Rs 1.16 crore in 2017-18 as compared to Rs 1.08 crore in the previous fiscal.

Petronet, which is registered as a private limited company but is headed by the Oil Secretary, also paid its three independent directors -- A K Misra, Sushil Kumar Gupta and Jyoti Kiran Sukla, a commission ranging from Rs 3.14 lakh to Rs 8.5 lakh over and above their sitting fee.

Prabhat Singh took over as the Managing Director and CEO of Petronet LNG on September 14, 2015. That year he was paid a commission of Rs 8.21 lakh. The commission to other full-time directors including Rajender Singh and the then Director (Finance) R K Garg was Rs 15 lakh.

According to the 2017-18 annual report, the ratio of the remuneration paid to the chief executive to the median remuneration of the employees of the company was 9.4:1.

In the annual report, Petronet said it has signed a memorandum of understanding (MoU) with Andaman and Nicobar Administration for the establishment of a small-scale floating LNG receiving, storage and regasification terminal and gas-based power plant at South Andaman.

Pre-project studies like environment impact assessment, geotechnical investigations and marine studies including navigational studies have been completed which would be used to prepare a detailed feasibility report.

Petronet has also signed an MoU with Petrobangla of Bangladesh for setting up a land-based 7.5 million tonnes a year LNG receiving, storage and regasification terminal at Kutubdia Island. It has also inked a pact with Sri Lankan authorities for developing LNG infrastructure in the island nation.

Petronet, which is 50 per cent owned by state-owned oil firms, operates two terminals for import of natural gas in its liquid form (LNG) in India - 15 million tonnes facility at Dahej in Gujarat and a 5 million tonnes a year unit at Kochi in Kerala.

Petronet said it is working on the use of LNG as a transportation fuel in place of diesel and CNG.

The "company has prepared a business plan based on traffic study on Indian roads and decided to develop an LNG corridor covering 4000 kms of National highways," the annual report said, adding it has shortlisted 20 locations to develop LNG dispensing stations as a pilot project.